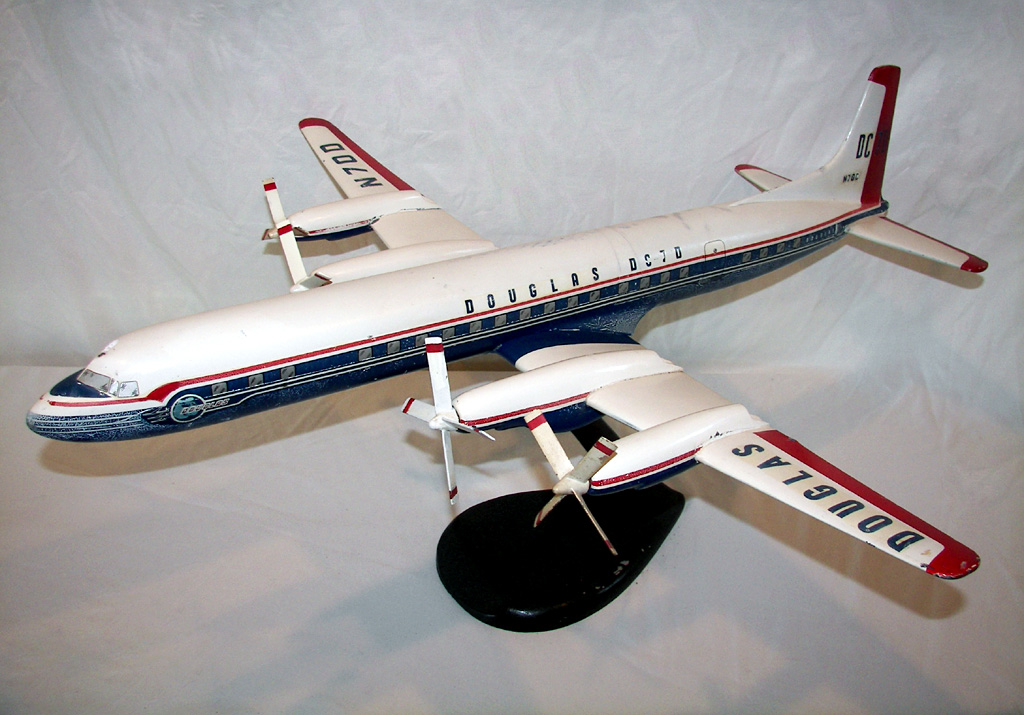 looked at putting turbo-props on the DC-7 and Constellation. Lockheed even had a designation: the 1449 and 1549 before proceeding with the 1649, the last of the family. Douglas had a concept, the DC-7D (for Dart turbo-props) and DC-7T (for Allison engines). Neither concept proceeded; the jet age was just too close and the hybrids didn’t pencil out.

Convair 240/340/440: In the 1960s, these venerable piston airliners were upgraded to the Convair 600/640 (the 240/340 with Dart engines), the 540 (Napier Eland engines, an unsuccessful program) and the 580 (the Allison turbos, the same engines as on the Lockheed Electra). Minimal changes to the airplanes, a highly successful program.

Douglas DC-8 Super 60 Series: CFM 56 engines, the first of what would become probably the most successful engines ever designed, replaced Pratt & Whitney JT8Ds on the DC-8-61/62/63 to become the 71/72/73. There were only a handful of the DC-8-72s converted; the airplane carried too few passengers to pencil out the costs, the same reason the commercial Boeing 707 didn’t get the treatment–though the US Air Force did convert a number of 707-based KC-135s to CFM power. Once again, minimal changes.

Bristol Britannia: This was originally designed with piston engines and turbo-props were The Bristol Britannia began development as a piston-engined airplane. Turbo-props were selected during development.

substituted during development. The airplane was a failure for a number of reasons, being late and ill-timed, but the re-engining was made.

Boeing 737: The Boeing 737-200/200A was successful but needed upgrading. Boeing re-engined the airplane with the CFM 56, creating the -300/400/500 series (now called the Classic). Minimal changes. The Boeing 737NG became an 80% new airplane, driven by the need to become more competitive with the then-new Airbus A320. The engine remained largely the same, but adding a new wing and other improvements. The 737 MAX gets a new engine but design creep to be competitive with the A320neo results in a substantially new airplane.

A320 Family: Boeing pooh-poohed the Airbus concept of a re-engined A320, but the A320neo turned out to be the fastest selling airliner in history. Minimal changes–95% of the airplane (so Airbus claims) remains unchanged from the A320ceo. Re-engining the A320 Family proved a boon to performance and range, leading the way to the development of the A321LR intended to replace the Boeing 757.

Boeing 747-8: a classic case of design creep from what was to be a straight-forward re-engining.

Boeing 747: This is a classic example of design creep. The 747-500/600/X never caught on with customers but once the GEnx was designed for the Boeing 787, officials decided re-engining the 747 was the way to go. But the “simple” re-engining became an airplane with new wings, which changed aerodynamics, which required changes to the tail, and systems to account for flight characteristic changes. By the time Boeing was done, the airplane was two years late, 80% new and suffering a forward loss. The delay caused the airplane to miss the market for whatever demand there was. It’s also an example of what Airbus has to avoid at all costs with an A380neo.

Airbus followed the minimum-change route with the A320 and A330 neo families. It can be expected it will do the same for an A380neo. We concluded in our own analysis that the A380neo will require sharklets to supplement engine gains, most likely from a Rolls-Royce Advance engine design that can be applied to future, smaller aircraft–thus supporting what would otherwise be a marginal business case for the engine for the A380. Airbus could also tweak the wing, as it is doing on the A330neo.

Since the engine maker covers most of the R&D cost–up to 90%, according to some with knowledge of these things–the investment by Airbus to “PIP” the airframe (Performance Improvement Package) becomes quite reasonable to extend the life and sales of the super-jumbo.

Although critics, including Boeing, say doing a neo for one customer (Emirates) doesn’t make sense, and largely they are right, there are other factors involved, as we’ve written in the past.

The keys are minimal change to the airplane and the expectation RR will be able to apply the technology to other, smaller airplanes. If either fails, the project doesn’t make sense.

138 Comments on “Pontifications: re-engining airliners and the A380”