The aggressive manufacturer of small(er) passenger jets is moving forward full speed toward its next generation of aircraft even as Airbus, Mitsubishi, COMAC and Irkut encounter one delay after another. 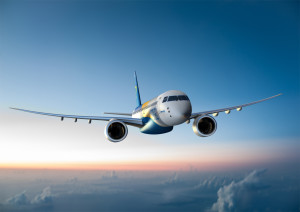 Only Boeing’s 737 MAX and the E-Jet E2 programs appear to be on time or ahead of schedule. The MAX entry-into-service target was originally set for October 2017 and Boeing later advanced this schedule to July. So far, so good.

Embraer has been circumspect about its EIS for the E190 E2, saying only the first half of 2018, but Market Intelligence indicates the roll-out is about a month ahead of internal plan.

“Embraer has started the parts production process for the E195-E2 jet, second model of the new generation of the E-Jets family of commercial aircraft,” the company announced Jan. 18. “The first part of the E195-E2 prototype is a lateral rib of the stub, which is on the Central Fuselage II section. This structure is made ​​of aeronautical aluminum and was manufactured at one of the modern high-speed machining centers of the metal structures factory at the Embraer Unit in São José dos Campos, Brazil.”

The E195 E2 carries 12 more passengers than the E1, giving it a one-class capacity of 133 and a two class seating of 120 passengers. This is a tad smaller than the 126 passenger Boeing 737-700/7. This is the same across from the Airbus A319ceo/neo. We remain unconvinced that Boeing will actually proceed with the 7 MAX, but Airbus has done so with the A319neo. Even if airline orders are sparse–as they have been so far–Airbus will use the A319neo as the basis for its ACJ corporate jet.

The E195 E2 is a major improvement over the E1, not only economically but because of its extra capacity. Airlines haven’t yet rushed to buy this version in large numbers, and the current low fuel price in the $20/bbl range won’t help sales, but Embraer is going to dominate the 80-120 seat sector.