Reaction was tepid at ISTAT

I wrote ALC’s reaction in a paywall piece last week:

On the other hand, Peter Chang, the president of one Chinese-owned lessor, CDB Leasing, viewed the MAX 10 positively. CDB has nearly 250 airplanes in its portfolio leased to Chinese and non-Chinese airlines. 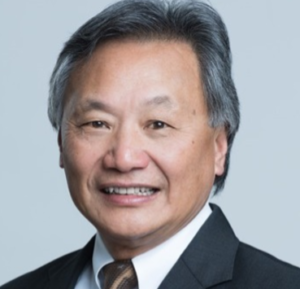 “I think MAX 10 is a solid airplane from a market sense,” he told LNC in an interview at ISTAT. “I think that among the Boeing operators who have been deprived, it’s a gap airplane. By definition, their requirement has been bottle-necked for quite a while, some of it because of the success of the A321.

“I don’t see the significance of a fleet comparison between the Dash 10 and the 321. It’s not going to change the outcome of either operator,” he said.

“If you look at the Dash 10 by itself, it already has accumulated a requirement over time because it hasn’t been here. A Boeing operator is not going to switch to an A320 fleet just so they can have access to the A321,” Chang said.

It must be noted, however, that some airlines split their orders between the Boeing 737-8 and the A321neo, such as American Airlines and Korean Air. Regardless, Chang expressed optimism.

“Our customers who are Boeing operators are just delighted. They say things like, ‘Why didn’t you do it earlier? We can’t wait, can we have some now?’

“I think it’s an opportunity,” Chang said. “I don’t see it as a niche aircraft. It already has its own market. I think it has its own place. Whether or not it becomes the equivalent of the A321 and represents 40%-plus of the narrow-body fleet of Boeing, that remains to be seen.”

Boeing officials project that the combined MAX 9 and MAX 10 share of the MAX sales will be about 25%. The MAX 9 represents just 9% today.

“The Boeing operators I have met, all of them, in concert, would like to have the MAX 10. They welcome the introduction, even in 2020.”

Some are Chinese carriers and some are not.

While the MAX 10 received mixed reviews at ISTAT, the prospective Middle of the Market airplane, dubbed by Air Lease Corp CEO Steven Udvar-Hazy as the 797 (we’ve been calling it the 7M7), received enthusiastic reception from United Airlines.

Boeing didn’t talk about the 797 in its presentation and generally has said little about it. However, the airplane is generally described as a twin-aisle aircraft with 2x3x2 seating in coach, having 4,500nm-5,000nm range. It would be a two-member family: a smaller, 220-seast 7M7-8X and a larger 260/270-seat 7M7-9X in three class international configuration.

LNC believes, like ALC’s John Plueger, that Boeing must proceed with the NMA because the product gap is just too big.

Airbus pooh-poohs the NMA—no surprise there—and claims it’s got the market covered with the A321neo and the A330neo. We partially disagree on the latter point. The A321neo is a tad small and short-ranged and the A330-200/800 is “too much airplane,” in our view, meaning from a range and structure standpoint.

Plueger thinks Boeing could start offering the plane before the end of the year. A program launch in 2018 is the most widely-discussed target date.