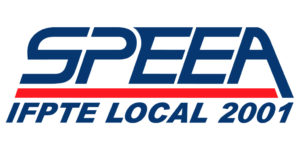 END_OF_DOCUMENT_TOKEN_TO_BE_REPLACED

By Bryan Corliss
Jan. 29, 2020 © Leeham News — Two weeks into the job, and new Boeing CEO Dave Calhoun is already facing his first labor-management showdown, with SPEEA, the union for engineers and technical workers at the company’s Puget Sound plants.

On Monday, the vice president of engineering functions for Boeing Commercial Airplanes sent a message to members of SPEEA at Boeing, saying that his team has agreed to meetings with SPEEA’s leadership to discuss “areas of contention between the company and the union.”

Chief among those is SPEEA’s charge that Boeing has been manipulating data used to help calculate annual pay adjustments for engineers and techs, while also allowing front-line managers to blow off  annual performance reviews required for engineers and technical workers to determine who would be released first in the event of a layoff.

The union, through a spokesman, declined on Monday to talk about the accusations it’s made in writing about the wage issues. BCA’s VP of engineering functions, Todd Zarfos, said in his note that the two sides have “agreed to refrain from any further accusations and rebuttals about the identified areas of dispute.”

Instead, Zarfos said, they will “work together on possible solutions.”

END_OF_DOCUMENT_TOKEN_TO_BE_REPLACED END_OF_DOCUMENT_TOKEN_TO_BE_REPLACED

of cost-cutting has been buzzing around management and labor circles for months.

LNC last year began hearing management at Boeing Commercial Airplanes would likely face personnel cuts of 10% to 15%. Cuts were expected within the marketing/sales departments, in part due to struggling sales of the 7-Series airplanes, sources told LNC.

The leading labor unions, SPEEA (engineers) and IAM 751 (touch labor), each told LNC last year they expected workforce layoffs were in the future.

More ominously, a consultant who occasionally worked with Boeing, told LNC that the elevation of Dennis Muilenburg from president and chief operating office to president and CEO (and, eventually, chairman) would make former CEO Jim McNerney’s cost- cutting efforts pale by comparison.

Jan. 14, 2016: (c) Leeham Co. Blessing a new process in contract negotiations made an agreement possible between Boeing and its engineers’ union, SPEEA, its executive director told LNC in an interview after the surprise deal was announced yesterday.

END_OF_DOCUMENT_TOKEN_TO_BE_REPLACED

Boeing, SPEEA reached contract accord months ahead of schedule

Jan. 13, 2016: Boeing and its engineers union, SPEEA, reached a contract accord months ahead of the September amendment date, SPEEA announced today.

The full press release is below.

We’ll update as we get more information.