END_OF_DOCUMENT_TOKEN_TO_BE_REPLACED

Pontifications: Steady as she goes at Boeing–for now

July 27, 2015, © Leeham Co. Dennis Muilenburg, who became the chief executive officer at The Boeing Co. the Tuesday after the Paris Air Show ended (and at which Jim McNerney was front-and-center in his role as CEO), was on the company earnings call for the first time in this role last Wednesday.

If anyone was expecting, or hoping for, dramatic announcements or policy changes, they were disappointed.

With this Muilenburg’s first earning call, it was McNerney’s last. Predictably, it was a love fest between the out-going and the incoming. Muilenburg and McNerney swooned over how well they worked together and praised each other’s work, accomplishments and vision. The discussion wouldn’t be any other way, absent a scandal of some kind (remember Phil Condit resigning over the air force tanker lease deal, Harry Stonecipher over zippergate). Despite the buzz on Wall Street and elsewhere of the relationship strains between the two men, those days really don’t matter now. What does matter is what comes next under Muilenburg.

END_OF_DOCUMENT_TOKEN_TO_BE_REPLACED

Introduction
Jan. 27, 2015: Dennis Muilenburg has been the No. 2 at The Boeing Co. for a little more than a year. He was named vice chairman, president and COO in December 2013.

His boss, Chairman and CEO Jim McNerney, turned 65 last August. Sixty-five is the mandatory retirement age, but this has been waived before and McNerney is widely understood to want to stick around through Boeing’s 100th Anniversary in 2016. 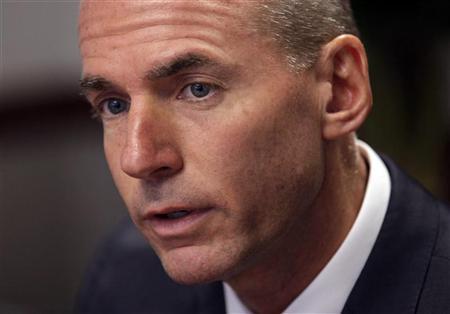 If and when Muilenburg becomes CEO, he faces a laundry list of challenges.

END_OF_DOCUMENT_TOKEN_TO_BE_REPLACED

This is about eight pages when printed.

It was five years ago today that Boeing announced it would locate the second assembly line for the 787 in Charleston (SC).

The decision was expected and, some say, had actually been made months before–as early as the preceding February. We take a look back at the events leading up to Boeing’s decision to put the second line in Charleston, what’s happened since then and where Boeing will be in five more years.

END_OF_DOCUMENT_TOKEN_TO_BE_REPLACED

Coming soon: We will be rolling out changes this month to Leeham News and Comment.  We will expand our News and Analysis, providing the most insightful commentary of aviation issues of any on-line publication. Most on-line news resources either collate into one portal news from around the world, or report news without analysis, or offer superficial analysis. We’re famous (or infamous, depending on your viewpoint) for providing insight in a no-BS manner.

We often report the news before anyone else, and we spot market trends long before others.

These changes include transformation into a combination paid and free content site. We’ll have paid content several times a week in addition to our free content. 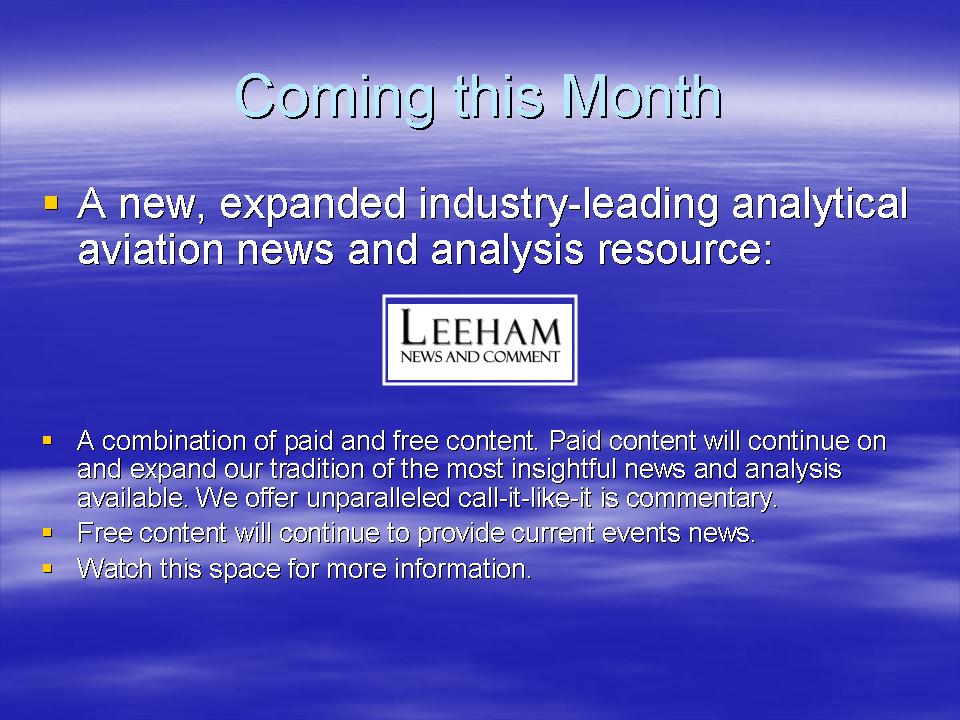 Changes are coming to Leeham News and Comment this month. Watch this space for details.

END_OF_DOCUMENT_TOKEN_TO_BE_REPLACED

Boeing took two hits over the weekend from Seattle Times columnists for the announcement that 1,000 engineering jobs will move from the Puget Sound area to Southern California.

Columnist Danny Westneat interviewed a “lonely, ignored voice” who predicted Boeing would go ahead and move jobs despite the $8.7bn tax breaks proposed by Gov. Jay Inslee that were then before the Legislature in hearings prior to approval. (SPEEA Executive Director Ray Goforth also warned of the loopholes in the proposed legislation, but he was ignored, too.) Washington State was criticized for being snookered on jobs once again.

We got our knuckles rapped by a state official because we opined our coverage that the “state” tends to sit back and relax after wins.The state official wrote:

END_OF_DOCUMENT_TOKEN_TO_BE_REPLACED

Boeing will move 1,000 engineering jobs from Washington State to  California, The Seattle Times reported today. Predictably, the engineers union, SPEEA, is having fits about this.

Washington State probably won’t be too happy, either, especially after giving Boeing nearly $9bn in tax breaks to build the 777X here.

We’re going to set aside the debate with the union and Boeing and the Washington impact and try to take a larger view.