Pontifications: The view from 51,000 feet

LNC doesn’t ordinarily follow business aircraft, but when I was in Montreal last month visiting Pratt & Whitney Canada, I had the opportunity to meet with leaders of the PW800 team.

Admittedly, not being conversant with the G500/600 or the PW800, details of which may be not new to some others, I was taken by a fewer pointers shared by PWC.

The sky’s the limit 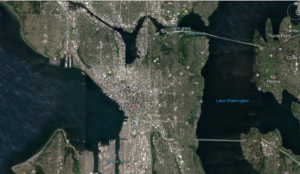 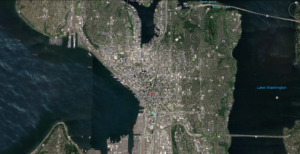 Michael Perodeau, VP Marketing-Business Aviation, said that when the aircraft rolled out, the pilots reported they could hear the APU over the engines—another remarkable data point for someone who lives under the occasional flight path to Boeing Field in which corporate jets are very noticeable overhead.

The PW814 powers the G500 and the PW815 powers the G600. There are few fundamental differences between the engines; thrust is slightly higher for the latter’s PW815 and there are some software differences. The G500 has an advertised range of 5,000nm and its sibling, 6,200nm.

The PW800 core is common to the larger, commercial PW1000 series Geared Turbo Fan, but without the gear reduction system of the GTF.

The rest of the engine is new, Perodeau said.

Certification is expected by year end.

Advances in materials and aerodynamics give the PW800 10% better SFC (fuel burn) than comparable engines, Perodeau said. “It has a very good thrust-to-weight ratio.” The engine has lighter structure but he wouldn’t reveal the bypass ratio.

The engine beats ICAO’s Stage 4 noise and emissions requirements by a considerable margin.

Scott McElvaine, VP-Marketing for the PW800, said the engines were design with large access doors to ease access for maintenance. Previous engines were more constrained, he said.

Improvements in reliability and design mean a 40% reduction (improvement) in maintenance manhours on the engines, he said.