I’ve read all about the groundings of the Douglas DC-6, Lockheed Constellation, Martin 202 and de Havilland Comet. I read about how the Federal Aviation Administration didn’t ground the Lockheed Electra, choosing operating restrictions instead.

I lived through the grounding of the McDonnell Douglas DC-10 and Boeing 787. As a reporter, I walked through the debris of the American Airlines DC-10 crash that led to the grounding. I went to the crash scene of the Delta Air Lines Boeing 727 at D/FW Airport and I’ve covered many, many crashes through reporting and as a commentator.

I’ve never seen anything evolve in air accidents as has evolved in the Boeing 737 MAX investigations.

END_OF_DOCUMENT_TOKEN_TO_BE_REPLACED

March 4, 2019, © Leeham News: Rolls-Royce last week announced it had withdrawn from competition for the Boeing NMA engine provider, citing a 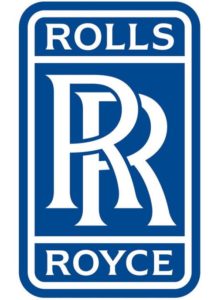 mismatch in timing between its Ultra Fan being ready and Boeing’s desired entry into service.

Warren East, the RR CEO, glossed over other reasons, but they were there: the program making commercial sense and the impact of the Trent 1000 engine challenges.

Aerospace analysts interviewed by LNA and whose research notes were provided have other reasons.

END_OF_DOCUMENT_TOKEN_TO_BE_REPLACED

Transcript: RR told Boeing before end of 2018 it’s out of NMA competition

Feb. 28, 2019, © Leeham News: The announcement today by Rolls-Royce that it has withdrawn from the competition to provide an engine for the Boeing New Midmarket Airplane came as a surprise.

This leaves CFM and Pratt & Whitney as the remaining competitors.

RR’s withdrawal wasn’t the only surprise.

CEO Warren East revealed Boeing had been notified shortly before the end of 2018.

END_OF_DOCUMENT_TOKEN_TO_BE_REPLACED

Launching the NMA could mean new business model for Boeing

Feb. 14, 2019, © Leeham News: Commercial aerospace’s super cycle is alive and well—and looks to keep going through the foreseeable future. Major suppliers and OEMs, and industry analysts at the Pacific Northwest Aerospace Alliance annual conference are all optimistic about the industry demand. Analysts noted potential concerns, such as a trade war with China, a catastrophic terrorist attack, or an economic shock. However, even the often bubble-bursting Richard Aboulafia, an aerospace analyst and vice president at the Teal Group, said the party likely will keep rolling on for several years more.

Amid such a sunny forecast, Boeing is weighing whether to overhaul its commercial aerospace business model, said Kevin Michaels, a co-founder of AeroDynamic Advisory.

The company is working to close the business case on a new midmarket airplane (NMA), already dubbed the 797 by industry watchers. The NMA—or, if Boeing does not launch it, then its next single aisle airplane—likely will usher in “the next evolution of the jetliner business model,” Michaels said.

The new model, he said, has four key aspects:

END_OF_DOCUMENT_TOKEN_TO_BE_REPLACED

Tinseth declined to comment on the company’s decision to delay possibly launching the New Midmarket Airplane (NMA) to 2020. However, as Boeing CEO Dennis Muilenburg noted during the Jan. 30 earnings call, Boeing likely will seek authority to offer this year from its board of directors.

He did say he was surprised to hear so many people already referring to it as the 797.

“I can tell you one thing—that has not been discussed,” Tinseth said.