California is on the decline. Two new clusters on the rise are Mexico and the Southeastern US. The Netherlands and Singapore are successful, long-term clusters.

California was the premier aerospace cluster for decades, but its demise began when Lockheed chose Georgia as the location to build the C-130. The founding of Airbus was not good news for SoCal, and neither was the end of the Cold War. The acquisition of McDonnell Douglas by Boeing in 1997 further precipitated the decline of SoCal.

END_OF_DOCUMENT_TOKEN_TO_BE_REPLACED

Posted on February 9, 2016 by Scott Hamilton

END_OF_DOCUMENT_TOKEN_TO_BE_REPLACED

Posted on December 1, 2015 by Scott Hamilton

Oct. 27, 2015: Northrop Grumman, builder of the B-2 bomber in the USAF inventory, was awarded the contract to build the next generation long-range bomber, which is yet to be named. For the moment, we’ll call it the “B-3.” For now it’s official name is the Long Range Strike Bomber (LRSB).

The Seattle Times has this story.

This is a big blow to Boeing, whose declining defense business was already in trouble from defense cutbacks and previous contract losses. The contract is worth $80bn.

Boeing’s strategy in acquiring McDonnell Douglas Corp back in 1997 was to even the revenue stream between commercial and military, in which Boeing then had a small portion and MDC was predominately military. Boeing was a sub-contractor to Northrop on the B-2, gaining a lot of its composite experience there which ultimately benefited development of the 787.

Unless Boeing finds grounds to challenge the contract award, prevails and wins a second competition, its Defense unit will continue to shrink.

Goldman Sachs, as with many other investment banks, called this a big win for Northrop.

END_OF_DOCUMENT_TOKEN_TO_BE_REPLACED

We profiled the airplane last October following our visit to Brazil.

The airplane fulfills needs for Brazil’s vast geography to supply its population and to serve as a military platform. It also gives EMB valuable experience in developing large aircraft. The cross-section is about the size of a Boeing 767. It’s slightly larger than a Lockheed Martin C-130 but smaller than the Airbus A400M.

Speaking of A400M: Tom Enders, CEO of Airbus Group, had some comments about this problem child at Airbus in his annual press conference dinner in Paris. Aviation Week reports.

AirAsia 8501: Reuters reported last week two unidentified sources said the captain was out of his seat cutting power to two computers, working a flaw, when AirAsia flight 8501 went out of control and crashed into the Java Sea. Now there’s a report disputing this.

Bombardier credibility: Ahead of the Feb. 12 year end 2014 earnings call, Bloomberg News has a story that focuses on Bombardier’s credibility issues with investors. CEO Pierre Beaudoin has his work cut out for him on the call to reassure investors.

Posted on February 3, 2015 by Scott Hamilton

01 Feb 2015: Six years ago Tom Enders, then-CEO for Airbus (when the parent was named EADS), threatened to stop the A400M project. He then played hardball to get eight European states to understand they had to pay 5bn Euro more or get no plane. Airbus existence could be threatened by a project that its management when the program was launch (CEO Jean Pierson) did not want but that the politicians convinced Pierson’s successor, Noel Forgeard, to do. 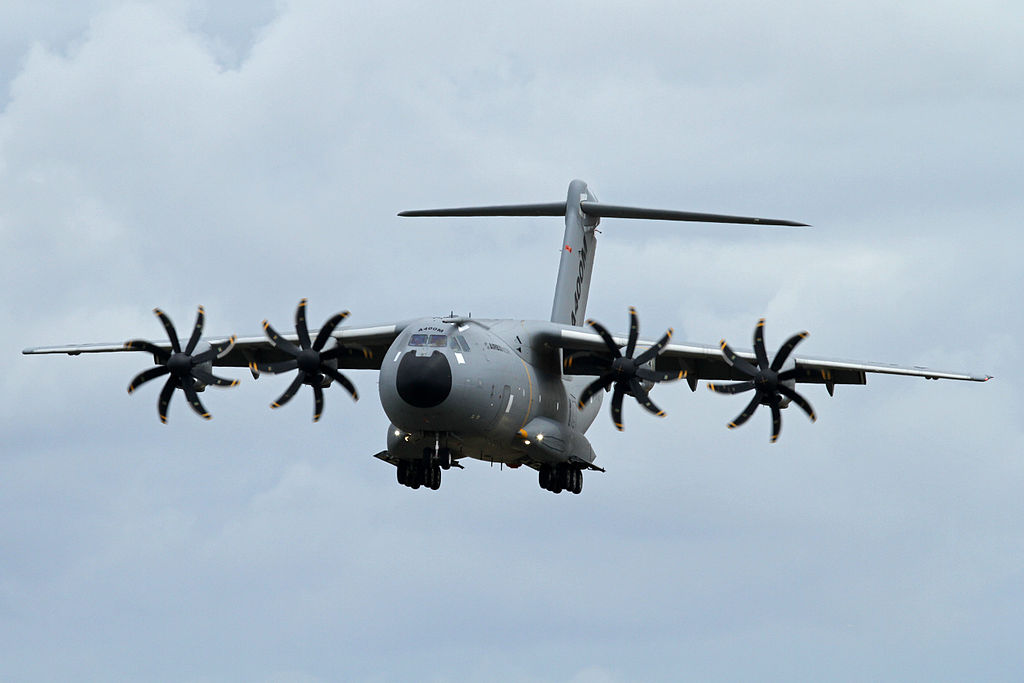 Now Tom Enders is CEO of Airbus Group and has to apologize to the same governments that he struck a deal with then to finish the project if Airbus got the money and a consent to three years of delays. Now Airbus can no longer fulfill the terms and the airplane is still falling short of performance specifications. Deliveries have been delayed further and promised capabilities will be delivered later than said. Like then, heads are rolling at Airbus and tighter control is being applied.