Bjorn’s Corner: Why e in ePlane shall stand for environment, Part 5. Distributed propulsion.

January 17, 2020, ©. Leeham News: We continue our series why e in ePlane shall stand for environment and not electric, where we now examine the gains with electric/hybrid distributed propulsion systems. 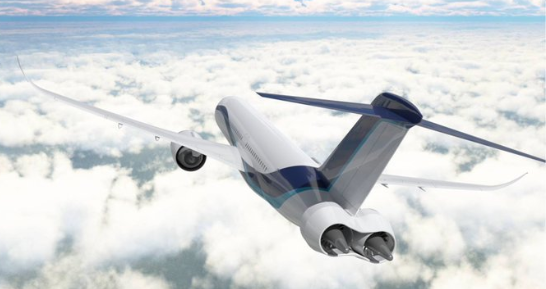 The gains from distributed electric propulsors on the wings

The proponents for electric/hybrid propulsion solutions say there are advantages of using distributed propulsors mounted on top of the wing as in Figure 2.

We are here showing an ONERA concept called Ampere but there are other similar concepts which are researched at present. 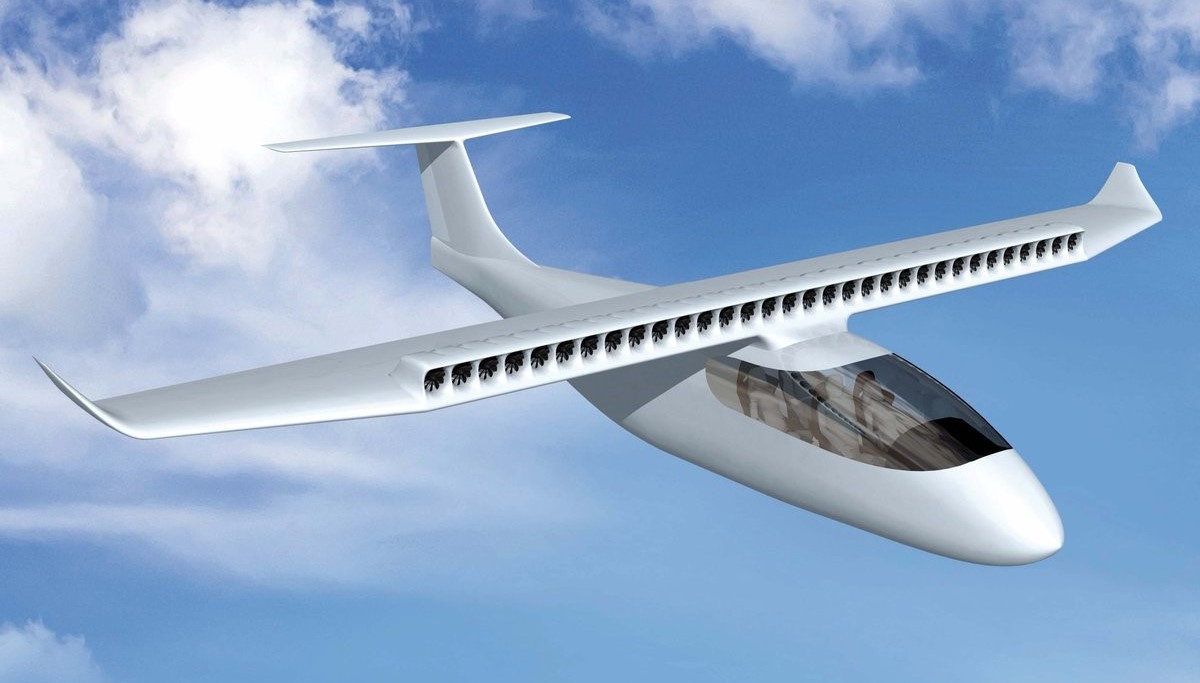 The concept uses distributed electric propulsors to energize the aft wing boundary layer and by it creating a higher maximum lift for the wing. The propulsors also create a higher total bypass ratio which leads to a lower specific thrust. This increases the propulsive efficiency.

The concept is similar to the Coanda effect STOL transporter that was produced by Antonov during the 1980s, with 50 still in service (Figure 3). Boeing also made a similar prototype aircraft, the YC-14, when competing for what became the US Air Force C-17 transport aircraft (developed from the conventional McDonnel Douglas YC-15 competitor). 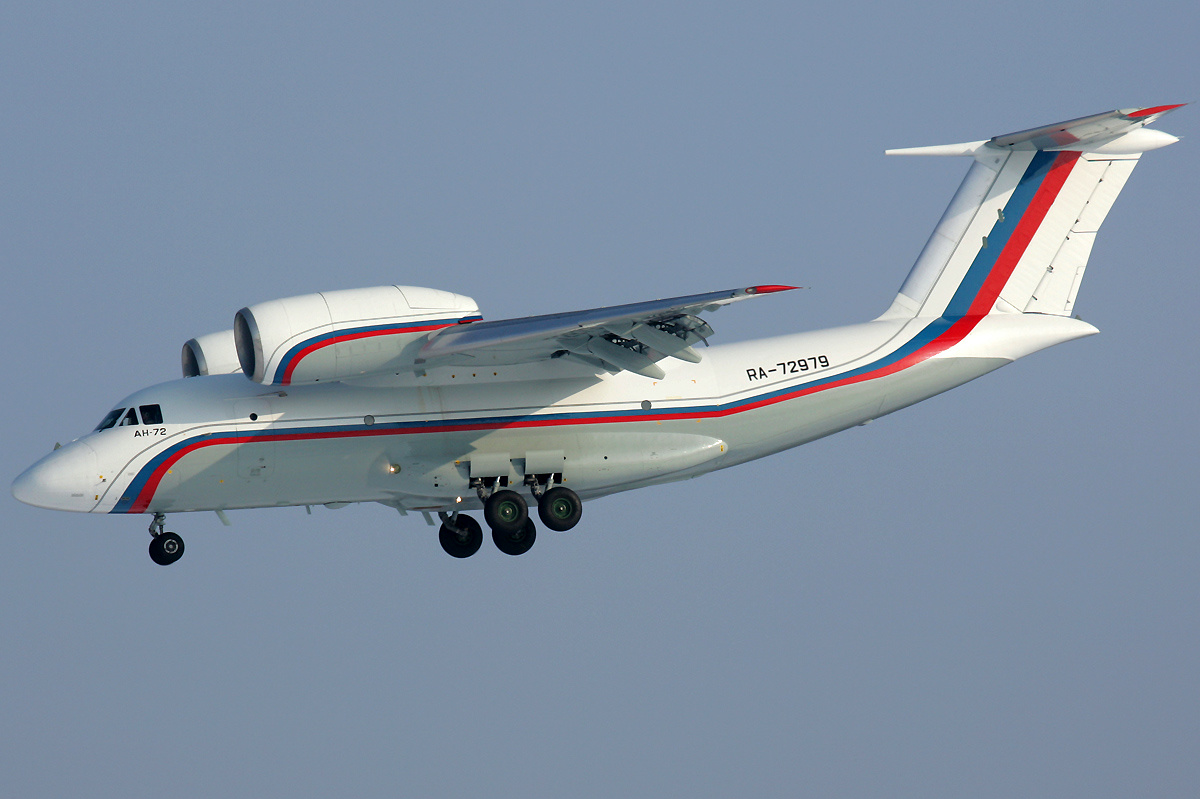 There are advantages to the concept but also disadvantages. Instead of arguing these factors we will use the same principle as in the last Corner to test the realism in the gains the idea shall bring. We will test if the idea can be realized with classical mechanical means, and if so, why didn’t it go beyond research and the single production aircraft using the idea of an energized boundary layer, the AN-72 transporter.

The realization of wing distributed propulsion with electrical and mechanical means

The concept in Figure 2 can be realized with a gas turbine which drives a generator. This then feeds the electric motors of the distributed propulsors through an electric power distribution network.

To do this we need an electrical distribution concept like last week’s aircraft, containing high voltage cabling (to keep the current down and by it losses) and inverters to condition the right electrical waveforms for the motors.

Alternatively, the propulsor fans could be driven over a mechanical power distribution system. Such systems are active on all airliners flying today. They are used to drive the slats and flaps from a central motor over shafts and gearboxes, Figure 4. 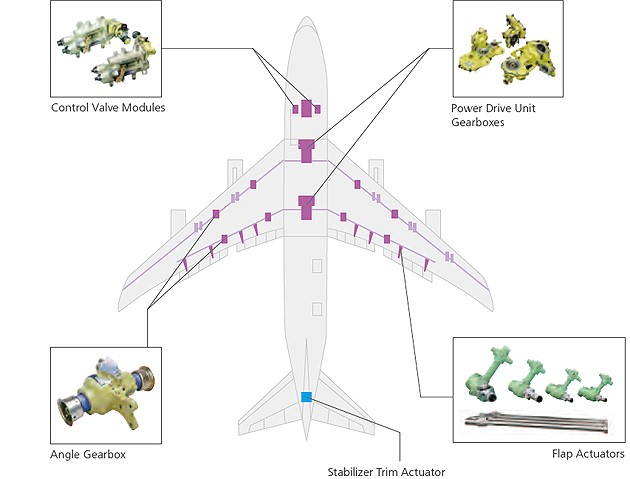 The system shown uses centrally placed hydraulic motors. In our case, it would be a gas turbine that would drive the torque shafts over a gearbox like it’s done for Boeing’s CH-47 Chinook (Figure 5) and Bell Boeing’s Osprey dual-rotor helicopters (Figure 6). 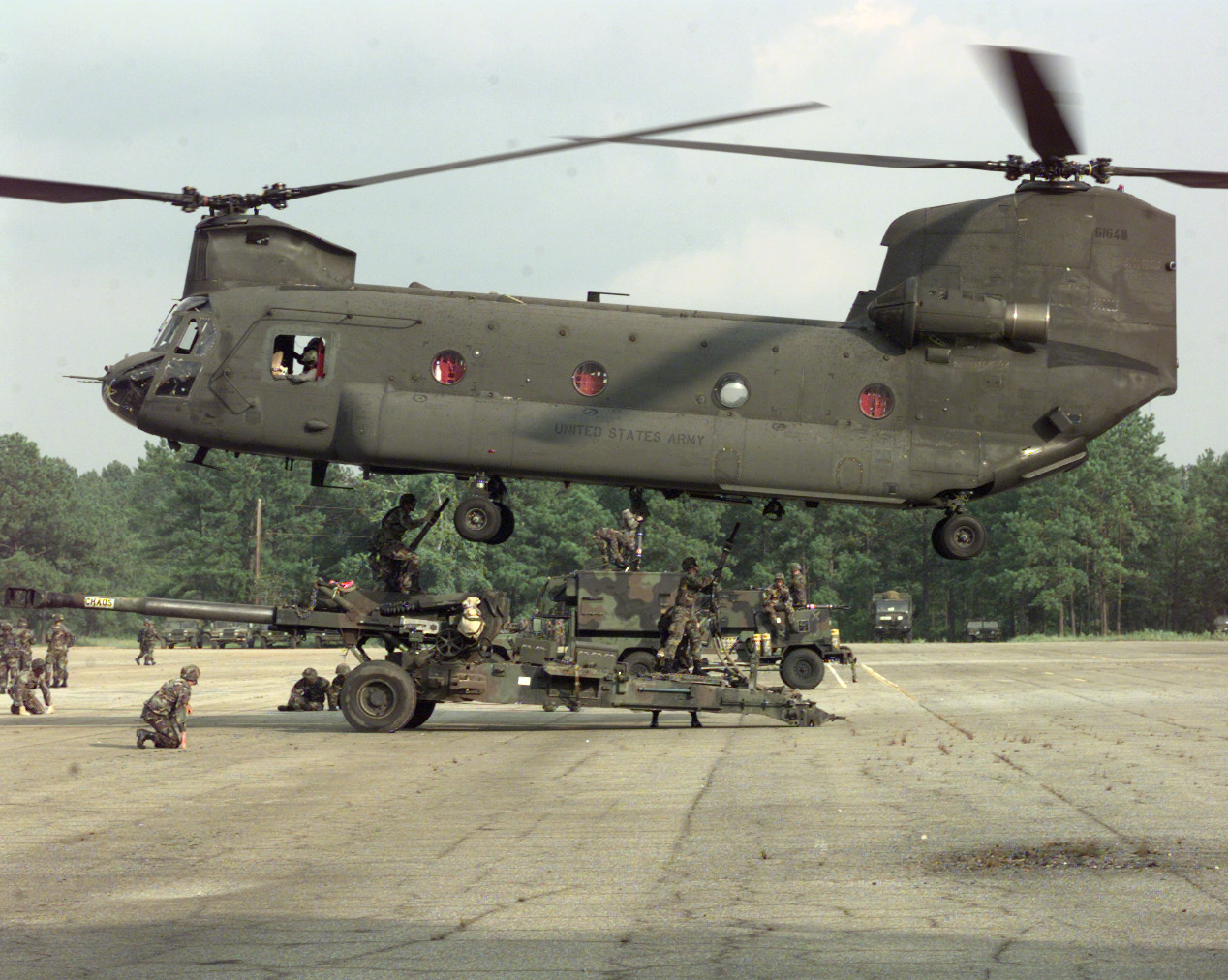 When one examines the weight of such systems they come out at about even, with the power to weight ratio of the generator/motors similar to aircraft gearboxes of the same power rating. The electrical distribution network and inverters weigh about the same as the torque shaft and angle gearboxes needed in the mechanical system.

Where they differ is in the efficiency losses. If we use a cryogenic central generator and high-efficiency motors on the wings we have a total chain loss to the fans of about 9% for the electric system (the gas turbine and fans are the same in both cases). The losses for the mechanical system would be around 5% end to end.

There are some troubling issues in the electrical system which are not present in the mechanical system, however.

The most troublesome is the safety of the systems. One of the major issues with a distributed electrical system like in Figure 2, is the safety aspect according to the NASA report “A Review of Distributed Electric Propulsion Concepts for Air Vehicle Technology”. The sudden loss of part or all of the propulsors from a fault in the distribution network, inverter/s or the generator could have fatal consequences for the aircraft.

The mechanical system has been used for the last 70 years with good reliability and risk profiles.

A good thought experiment is if someone would fly on a Bell Boeing Osprey (Figure 6) that would use an electric link between the propellers should one engine stop while in hover flight. I wouldn’t volunteer for such a pilot job. 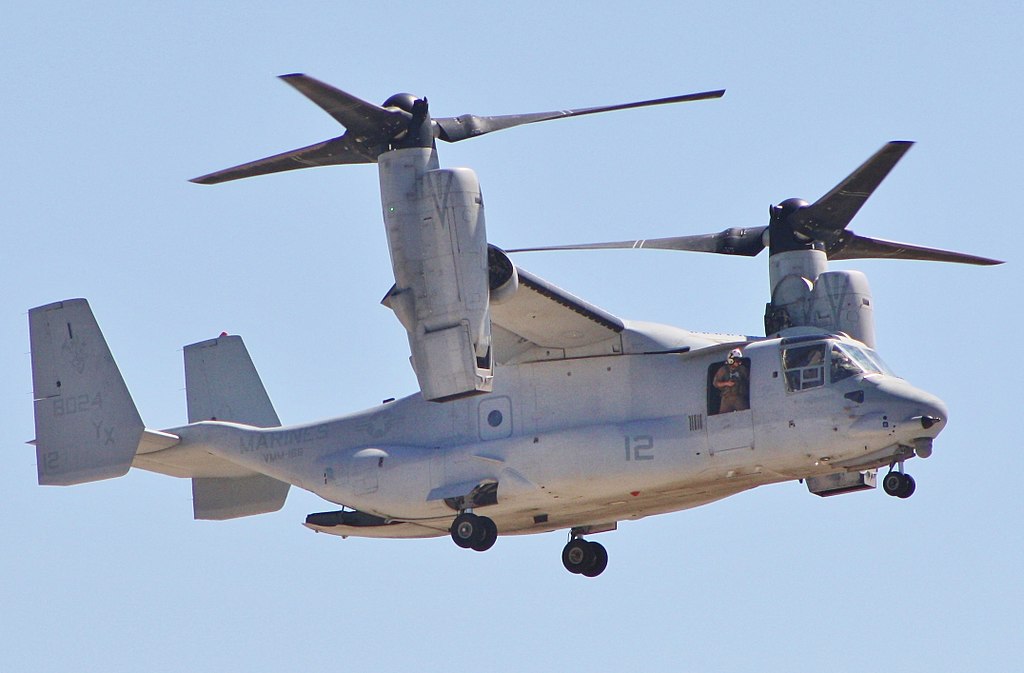 We can see distributed propulsion concepts are realized already today, with a mechanical distribution of the power. This is safer and more efficient than if we use an electrical system.

Yet, no project exists which has realized a distributed propulsor concept like in Figure 2. It has stopped at the STOL transport AN-72, a concept with two propulsors. When a power distribution system is needed for the safety of a twin-rotor helicopter a mechanical system is used.

It’s clear electric and hybrid/electric airliner concepts have problems with weight, volume, and efficiency. To fix these problems and argue for their advantages the proponents mix in new propulsion concepts in the proposals.

As we have seen these “new” concepts could have and would have been realized decades ago if they had convincing characteristics. Realizing them with existing mechanical power distribution schemes would be cheaper (no research and development needed, it’s all existing technology), more efficient and in the case of the BLI fans with lower weight consequences. For distributed propulsor concepts, there would be a major difference in safety.

The feeling that grows when checking one concept after another is: It’s first decided the airliner has to be electric or electric/hybrid and then the justification quest begins. It’s a matter to find a propulsion concept that is exciting and opaque enough so it hides the fundamental problems of electric/hybrid so one can get investor/research money. The ever-present mantra is: it worked for cars, therefore, it will work for airliners.

Let me state again: the fact it works for cars doesn’t mean it works for airliners. The use cases and sensitivities for installation effects are dramatically different.

Now, this is for the record: I’m not negative about electric propulsion. In fact, I studied electrics and electronics during extra years at University as it has so many technological possibilities. I have kept a keen interest since and I spent 11 of my working years in the World’s largest electrical company, Siemens before I returned to aeronautics.

It makes all sorts of sense to go more electric for our airliners. But the keyword is more electric, and in a process where it has to earn its place each step of the way.

It shall not be in some after-the-fact justification process why electric/hybrid aircraft will be with us soon and fix all our efficiency and environmental problems. No-one gains from such over-inflated expectations. Our CO2 problems are grave enough to merit the best and most serious solutions. And for the foreseeable future, the solution for our airliners is not electric/hybrid.

In next week’s Corner, we will look at concepts that have more promise than electric/hybrid.

50 Comments on “Bjorn’s Corner: Why e in ePlane shall stand for environment, Part 5. Distributed propulsion.”