Airbus used the occasion to make a review of the A330neo program. 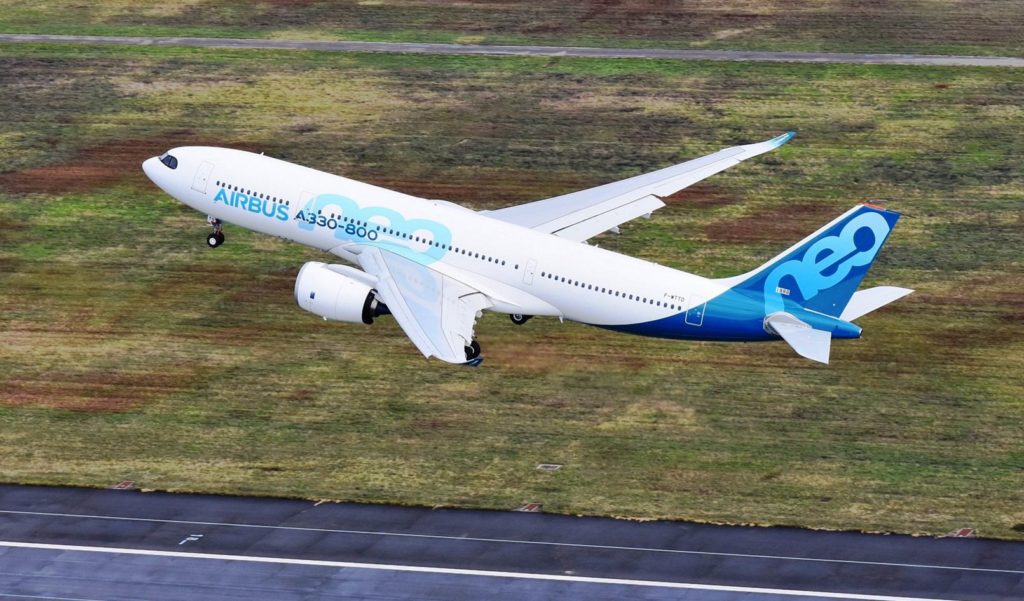 The A330neo is designed to complement the A350 in Airbus’ widebody lineup. Through commonality for Air Crews and Passengers, Airbus will cover the market from 250 seats to 370 seats with four aircraft which share Pilot rating and Passenger experience. 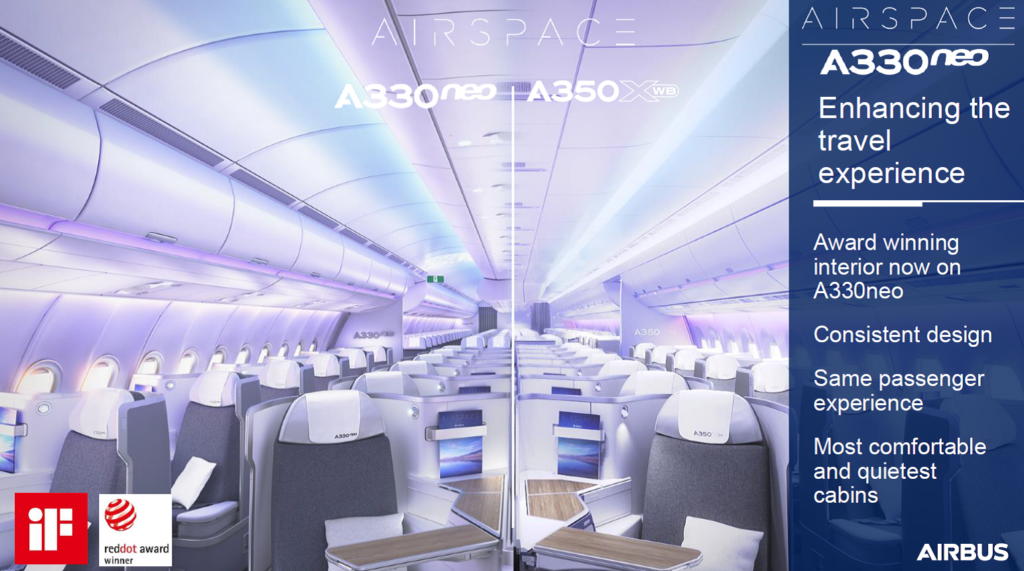 Depending on the type of economy section, the A330-800 can house about the same number of seats as a 787-8 or about 27 more as is shown in this example from the review. 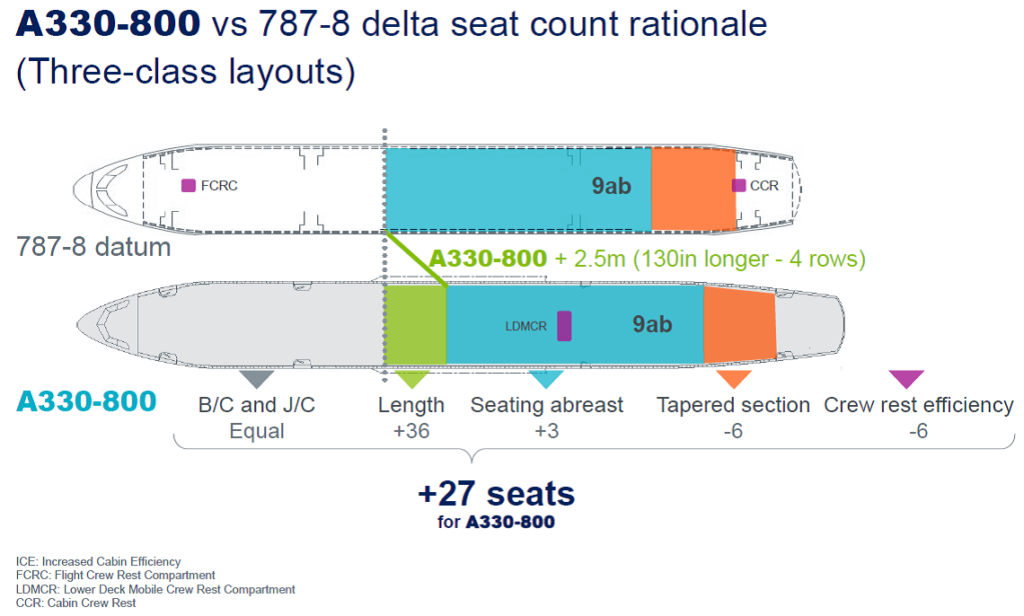 The fuel burn improvements for the A330-800 is coming from changes to the aircraft’s aerodynamics and improved engines.

The changes to the wing’s aerodynamics are significant. Through increased span and the resulting need to re-twist the wing, the pressure distribution has been brought even closer to the theoretically optimal elliptical shape. 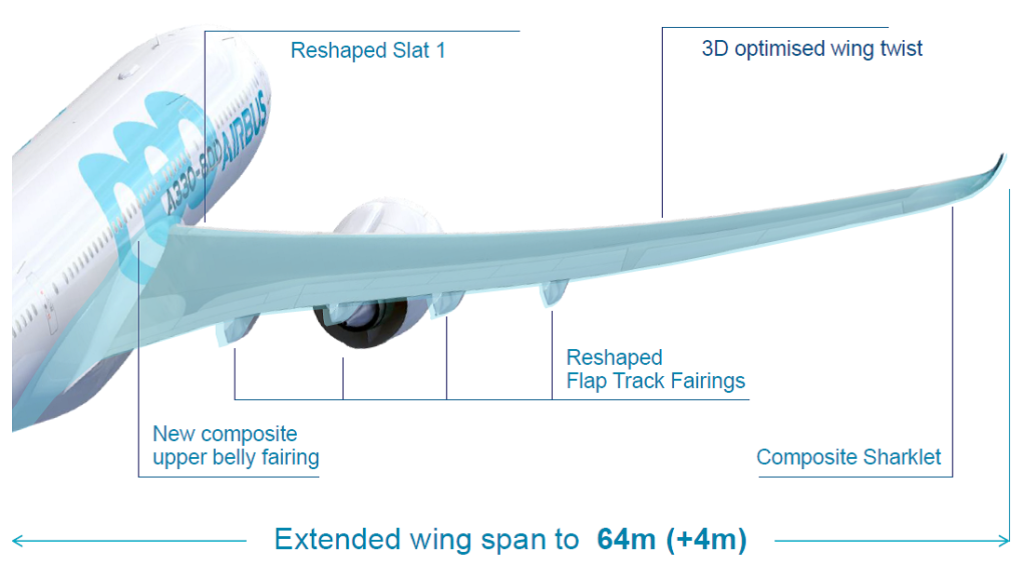 The changes deliver an aerodynamic aggregate improvement of 4%. The aspect ratio of the A330neo wing is now higher than the 787 wings.

Airbus claims it now controls the midrange market after a Boeing domination 10 years ago. The picture shows the situation in 2008 for routes with lengths between two and 10 hours. 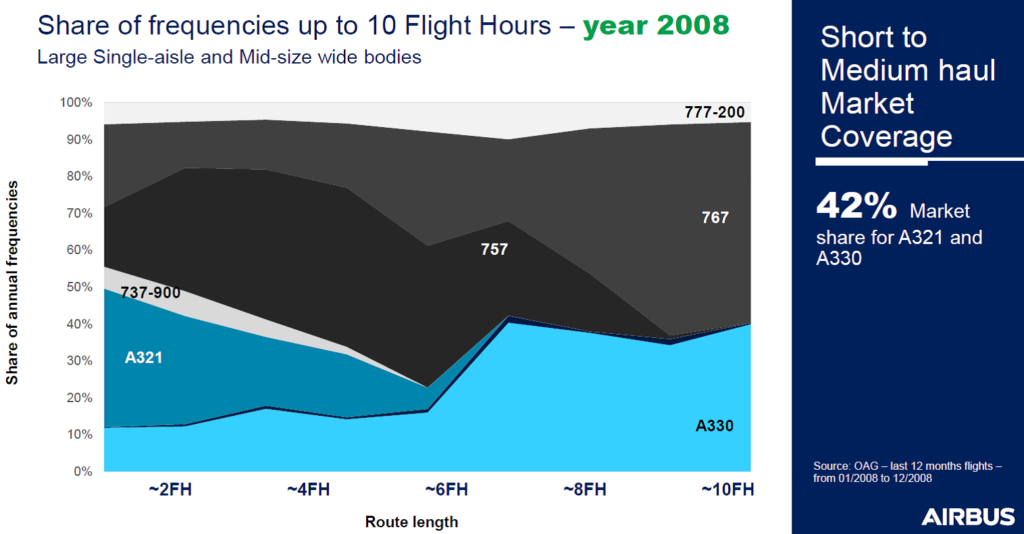 Compared to the present picture the A321 and A330 families now dominate this market segment. 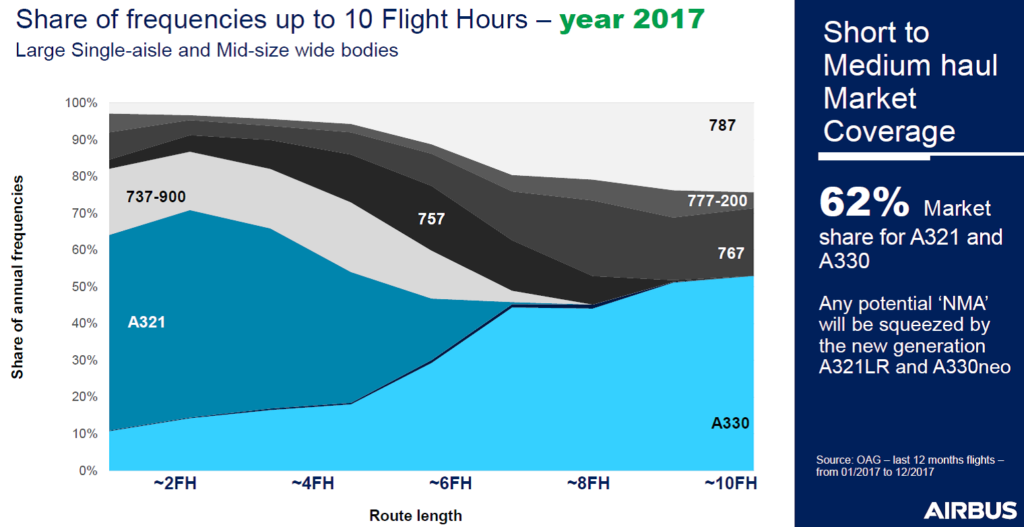 The A321neo including A321LR and A330neo are designed to continue this domination according to Airbus.

The main market for the A330neo and especially the A330-800 is the replacement market for the 124 operators that today fly A330. This market opens now and peaks in seven years. The graph shows the build years for the present A330 generation with the EIS of the A330-900 set in with a 20 years average lifetime of these aircraft. 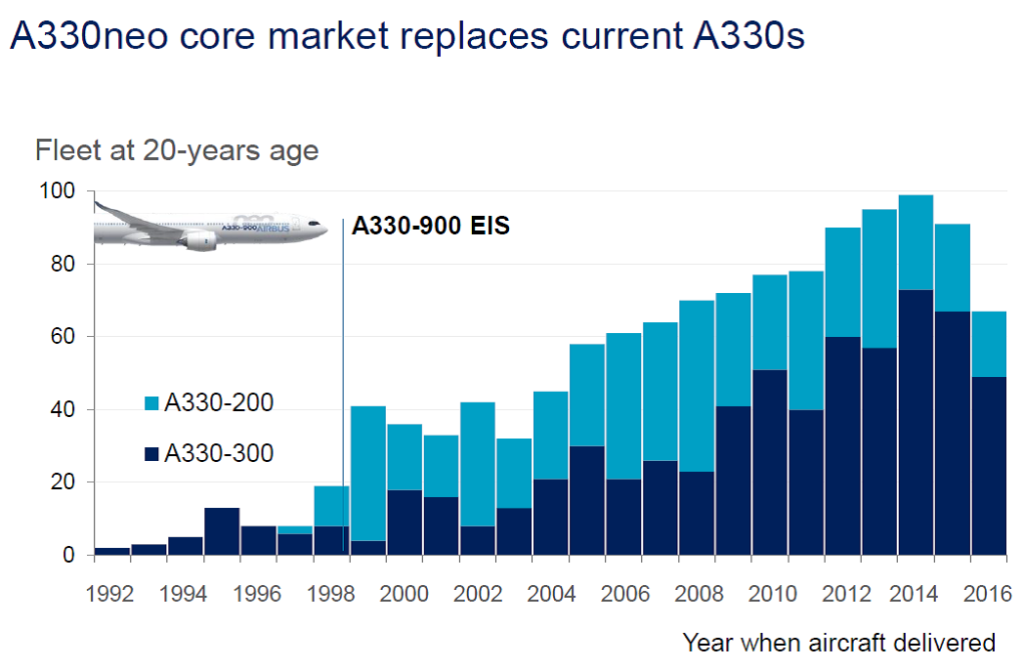 Right now Airbus has 224 orders for the larger A330-900 and eight A330-800 as Kuwait Airways became the first A330-800 customer last month after Hawaiian Airlines cancelled its order earlier this year.

Today’s first flight for the A330-800 is the start of a flight test campaign of about 350 Flight Hours. The sole A330-800 test aircraft will verify the flight dynamic differences which will result from a five-meter shorter fuselage. 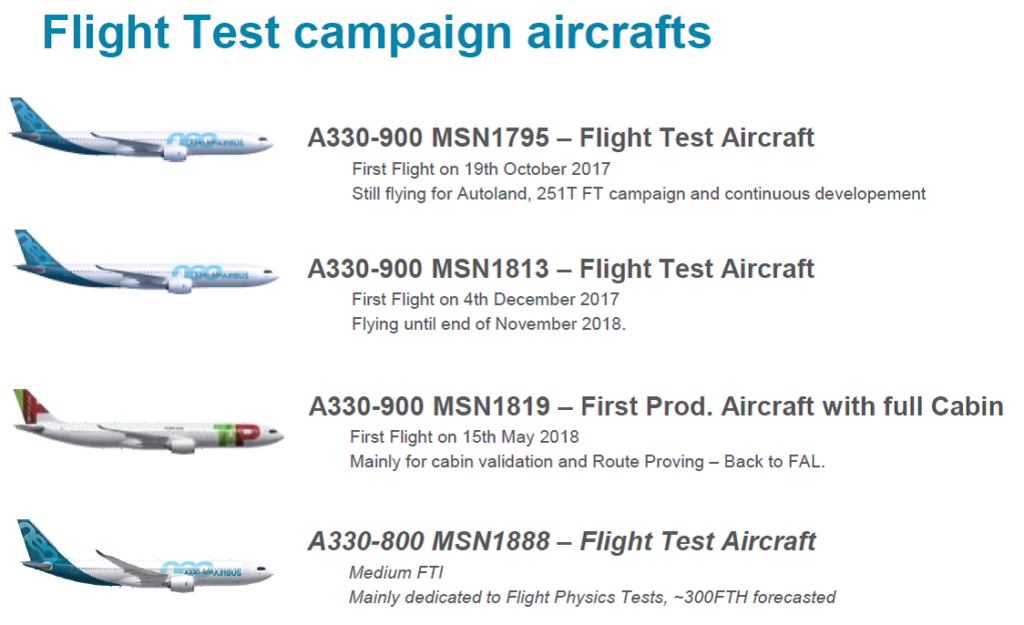 Other aspects of the aircraft are already tested in the A330-900 flight test campaign, which was finished with Certification of the A330-900 at 26th of September. The first A330—900 will be delivered to TAP Portugal in the coming week.

There are presently 23 A330neo in Final Assembly in Toulouse. Out of the 23, four different Heads of Version (different Cabin layouts) have been achieved. 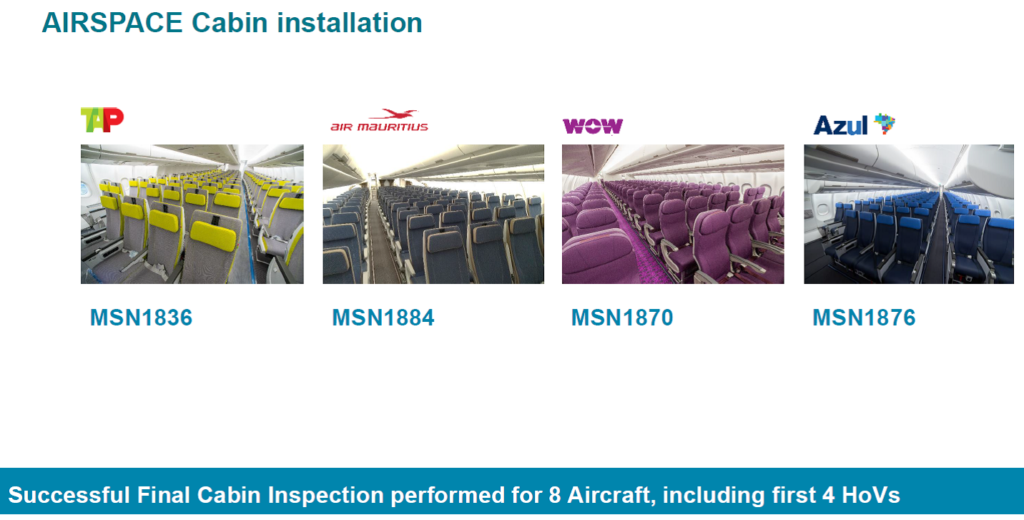