June 6, 2022, © Leeham News: LNA recently discussed the certification delays on all the current aircraft or variants under development: Airbus A321XLR, Boeing 737-7, 737-10, and 777X. Dreamliner deliveries have also been halted for 18 months now (except for a dozen last year). 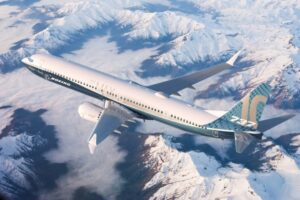 Airlines consequently face significant delivery delays on the aircraft they ordered. American Airlines publicly stated the Boeing 787 delivery delays have caused it to operate a smaller international network than envisioned. Air Lease Corp repeatedly noted that every airplane on order from Airbus and Boeing is delayed. It’s now been reported that CFM LEAP engines for the Airbus A320neo and Boeing 737 MAX families will be delayed for 4-6 weeks.

As passenger traffic recovers, the delivery delays will hamper airlines’ ability to capitalize on more robust demand. Higher fuel prices also mean that they cannot mitigate the impact by operating as many newer-generation aircraft as envisioned.

LNA analyzes the delivery schedule envisioned by Airbus and Boeing on the above programs that were in place before the delay announcements. The goal is to single out the most affected customers.

Boeing 737-7 deliveries were supposed to start earlier this year with Southwest Airlines. In its 2022Q1 filing, the Dallas-based carrier disclosed that it would take 21 737-7s this year instead of the 72 envisioned at 2021 year-end. The adjustment suggests deliveries won’t start until well into the second half of 2022. Southwest swapped 40 MAX 7 orders for MAX 8s in response.

Boeing 737-10 deliveries are supposed to start next year. However, if Boeing does not receive certification for the variant by year-end and no regulatory relief is forthcoming, it would require a significant re-work that would materially delay certification.

It is reasonable to assume that the current certification delays on both variants will impact delivery schedules until at least 2024.

Southwest is unsurprisingly the most exposed carrier to further 737-7 delays. Allegiant and WestJet are the only two other carriers that intend to take the variant over the period.

United Airlines is the most vulnerable carrier to a 737-10 certification delay. In 2023 only, United plans to take 109 737-10s, more than two-thirds of the variant’s scheduled deliveries for that year. The Chicago-based carrier plans to take delivery of 148 units over 2023-24 in total.

Airbus announced an entry into service delay to 2024 for the A321XLR. The delay will at least impact deliveries scheduled in 2023 and 2024.

The ongoing production delays have led to more than 100 Dreamliners in inventory awaiting delivery. The production line is currently at a very low rate of 0.5 per month.

Once 787 deliveries resume, the FAA will have to sign them off like the 737 MAX. The requirement of FAA certification partially explains why Boeing has not been able to clear its 737 MAX inventory as quickly as envisioned. It also takes about two months per airplane to “wake up” and prepare a MAX for delivery from the legacy inventory, market intelligence reports.

It is reasonable to expect Dreamliner deliveries will be at a moderate pace for several months in light of the above and the need to clear a large inventory. Therefore, at least deliveries through 2023 will be affected.

The below chart shows the breakdown of scheduled deliveries for the A321XLR and 787 by the aircraft operator over 2023-24 and 2022-23, respectively:

Boeing intends to build 77 Dreamliners in 2023, which implies a monthly production rate of 6.5. The delivery schedule looks ambitious in light of the 737 MAX precedent, and the line was at five per month before the drastic slowdown.

The most exposed carrier to the Dreamliner delivery delays is American Airlines, followed by Korean Air and Qatar Airways.

Another major round of 777X delivery rescheduling

After publishing its 2022Q1 earnings and announcing the 777X certification delay, Boeing removed 55 orders from its backlog as per ASC 606 rules.

Like in early 2021, when the first significant 777X delay was announced, Boeing is removing orders from the backlog where it knows it won’t be able to meet the contractual delivery date agreed with customers.

Until a few weeks ago, Boeing envisioned starting 777-9 deliveries in late 2023. Now, deliveries won’t begin until 2025. Therefore, deliveries scheduled over 2022-25 are impacted by the latest round of delays.

Below are the scheduled deliveries by the operator:

All identified 777X customers have deliveries scheduled by the end of 2025. Lufthansa’s 777-9 deliveries were all during this period. Half of British Airways’ deliveries are also over the period.

All the identified 777X customers except Cathay Pacific have Dreamliner deliveries scheduled by the end of 2023. Therefore, negotiations and compensation will likely involve rescheduling deliveries on both programs.

Lufthansa already negotiated with Boeing by ordering seven 777-8Fs and another seven 787-9s. The next monthly Boeing orders and deliveries update will indicate whether a portion of Lufthansa’s order was re-added to the backlog.

Emirates publicly discussed the possibility of canceling its Dreamliner order. After the latest delay, Etihad, which wishes to cancel its 777X order, might finally do so.

← Pontifications: From Just in Time to Just in Case
Boeing’s steps toward its next new airplane →