Bombardier invented the regional jet. Despite some sales these days, the CRJ was eclipsed by the Embraer J-Jet. Bombardier photo.

Until recently, Bombardier and Embraer were the only two regional jet Original Equipment Manufacturers (OEMs).

Today, the Sukhoi SSJ100 and the Mitsubishi MRJ90 join BBD and EMB in this arena.

END_OF_DOCUMENT_TOKEN_TO_BE_REPLACED

Sept. 12, 2016, © Leeham Co.: Sully, the movie about the miracle of the successful water landing of US Airways 1549 on the Hudson River in New York City, sullies the National Transportation Safety Board.

Apparently not content with the gripping drama of the flight’s emergency itself and the dramatic rescue of all 155 souls on board, the movie gins up an NTSB out to hang Capt. Chesley Sullenberger (Sully) and co-pilot Jeffrey Skiles.

END_OF_DOCUMENT_TOKEN_TO_BE_REPLACED

Sept. 8, 2016: Glory Lost and Found: How Delta Climbed from Despair to Dominance in the Post-9/11 Era is a ponderous title for a ponderous book.

But this is not a criticism.

Glory Lost is one of the best books I’ve ever read about the turmoil in the airline industry. Authors Seth Kaplan and Jay Shabat, two journalists, put together a book of nearly 450 pages that goes beyond just the focus of how Delta Air Lines spiraled into bankruptcy following 9/11, emerged and suffered through more travails after the 2008 financial market meltdown.

END_OF_DOCUMENT_TOKEN_TO_BE_REPLACED

Posted on September 8, 2016 by Scott Hamilton

Aug. 30, 2016, © Leeham Co.: Will Scott Kirby’s move from president of American Airlines to the same position at United Airlines lead to a major shift in fleet acquisition at the Chicago-based carrier?

This is an intriguing question that may take some time to answer.

Kirby spent 20 years with American CEO Doug Parker through their careers at America West Airlines, US Airways and American.

END_OF_DOCUMENT_TOKEN_TO_BE_REPLACED

aircraft in the 100-plus seat sector that will open new opportunities for the largest E-Jets hitherto a limited interest in this region.

First among high profile possibilities: United Airlines, which was identified as a major prospect for Bombardier and its CS100. According to multiple news reports, UA is holding out an order for the CS100 as an inducement for some pilot contract revisions. According to Market Intelligence, the potential order is for an equal number of orders and options, well below 50 orders but one which would be a crucial win for struggling Bombardier.

But Embraer isn’t going to let this order go without a stiff fight. Through United Express partners, EMB has a large installed base of E-175s operating for United. This is viewed as a major advantage by EMB’s CCO, John Slattery.

END_OF_DOCUMENT_TOKEN_TO_BE_REPLACED

May 25, 2015, c. Leeham Co. Airline stocks took a dive last week when it appeared fare wars and eroding capacity discipline is beginning among US carriers.

And the markets went into a tizzy.

I’m old enough to remember when American aggressively matched the low fares of the emerging new entrant airlines after deregulation in the 1980s. The matching spread and the 1980s became a bloodbath. END_OF_DOCUMENT_TOKEN_TO_BE_REPLACED 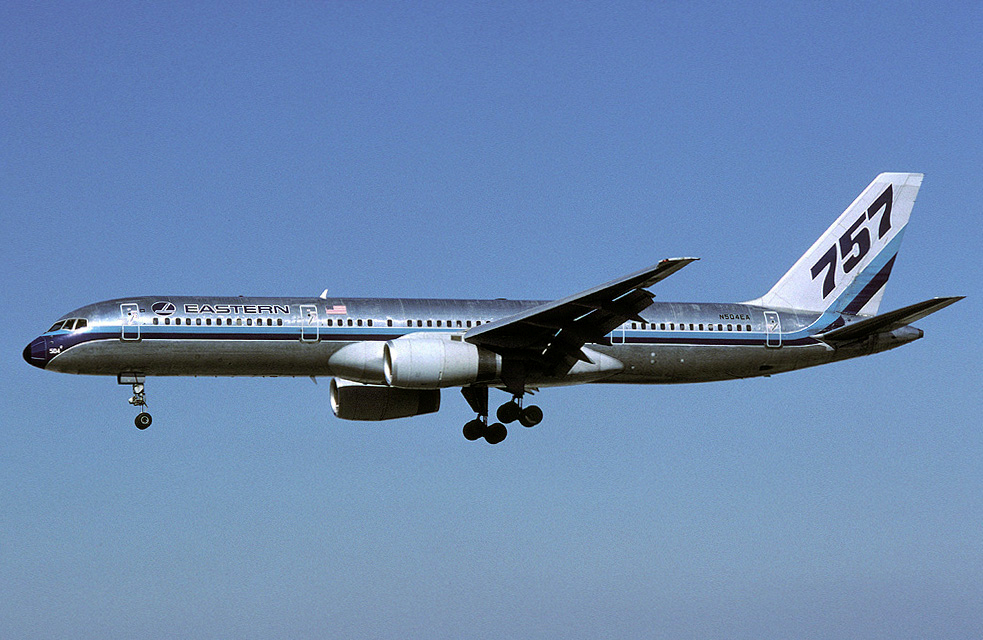 END_OF_DOCUMENT_TOKEN_TO_BE_REPLACED

Airbus Group beat expectations for its first quarter profit. Continuing research and development costs weighed on earnings before one-time charges. Earnings before interest and the charges were actually down slightly vs 2013 but were better than expectations.

Group still expects the A350 to enter service with Qatar Airways late this year. According to Ascend, there will be one airplane delivered in December (at one time we thought it would slip to January, so we may not be far off). Group continues to call the A350 program “challenging” and notes there could be more charges against earnings. Under European rules, Airbus writes off charges as they occur rather than using Boeing’s program accounting method that spreads charges across hundreds of airplanes.

Links to the PPT presentation and financial statements may be found here.

Vote for the Top Commercial Aviation stories of 2013

This is self-explanatory. We’ll publish the results December 31.

Feel free to nominate other stories in Reader Comments.

December 6 passed without fanfare, but the New American Airlines is a reality.

The first day of stock trading, under the symbol AAL, begins today. The Ft. Worth Star-Telegram–the hometown paper of the Ft. Worth-based AA–has this story, posted Saturday. The New York Times provides this analytical piece.

We know the US Airways management team reasonably well and we think they will be much better than the former American management. American hasn’t been the same since Bob Crandall retired in 1998. Crandall’s successor, Don Carty, had a lousy tenure. He originated the acquisition of Reno Air, a small airline headquartered in Reno (NV), for reasons that passed all understanding. In doing so, he created ill will with the AA pilots union (which, in fairness, wasn’t hard to do with this bunch of malcontents), creating all sorts of labor issues. Carty also acquired Trans World Airlines, another merger of mysterious motives that appeared more to do with market share than business sense. TWA’s only US hub by this time was St. Louis (MO), a mere 250 miles from AA’s massive Chicago O’Hare hub. TWA’s fare structure was low, competing as it was with fellow-hubber Southwest Airlines and able to attract traffic on price rather than quality.

We’ll never know whether the TWA merger would have been a success. The 9/11 terrorist attacks happened shortly after the acquisition, and by 2003, American was on the ropes. Carty negotiated steep concessions from the employee unions, but the deal unraveled when it was revealed that management simultaneously lined up for tens of millions of dollars in executive bonuses. Carty was forced out in the quid pro quo to complete the concession deal.

Carty’s successor, Gerard Arpey, gained respect from the employees. Over the next few years, more concessions were sought by Arpey as he strove to keep American from following all its peers into bankruptcy. But those bankruptcies allowed all the competitors to shave pension plans, cut wages and benefits and other costs while American remained burdened with higher costs across the board. In November 2011–10 years after 9/11–American finally succumbed and filed for Chapter 11. Arpey, who disagreed with the decision, resigned and was succeeded by Tom Horton.

We were never impressed with Horton, particularly with his view that he deserved $20m in the bankruptcy restructuring. He’s non-executive chairman of American but will leave the company soon. He provided this farewell message to employees.

Doug Parker, the CEO of US Airways and America West Airlines, who engineered the merger, is the new CEO of American. Parker and his team never got the respect we think they deserved for keeping US Airways alive, profitable and competitive with perhaps the weakest route system of the US legacy airlines.

Parker was an early proponent of adopting ancillary fees, a practice passengers really don’t like. But the industry had changed dramatically and free meals, free checked baggage and other stuff of history became just that for all the airlines: history. Today, most carriers make their profits from fees and not the tickets they sell.

Parker will have challenges to bring American back into the forefront of top tier airlines. Its reputation and employee morale have been battered. US Airways continues to rank near the bottom of passenger surveys. Employee group integration at US Airways from the merger with America West continues to be difficult; now add American to the mix.

AA and US will continue to fly under separate banners and certificates for some time, following the examples of United-Continental and Delta-Northwest. Integration of reservations systems, frequent flier programs and so on will undoubtedly present huge challenges. We fully anticipate passenger disruptions, also following the pattern of the other mega-mergers.

One of the things we expect to see is an employee contest for a new livery to replace the one adopted by Tom Horton. The tail logo is just awful, though the fuselage and stylized eagle are fine. When America West and US Airways merger, Parker held an employee contest and the winner is what’s painted on the US Airways planes today. It was a good was to involve employees. Then legacy paint jobs of the predecessor airlines were added to the fleet. We have no doubt this will happen at the New American. There are plenty of aviation geek ideas for an American livery. Some may be found here. From this link, you can click through to various other sites for some pretty creative ideas. We like several of the renderings at this website. The last two are what Horton should have adopted.

Posted on December 9, 2013 by Scott Hamilton