In this preview, we will go over what to expect from commercial aircraft OEMs.

END_OF_DOCUMENT_TOKEN_TO_BE_REPLACED

May 28, 2019 © Leeham News: Embraer’s KC-390 multi-role tanker transport is nearing delivery of the first aircraft to the launch customer, the Brazilian Air Force.

In a briefing in advance of the Paris Air Show at Embraer’s Unidade Gavião Peixoto Airport 225 miles from its Sao Jose dos Campos headquarters, program VP Walter Pinto said that most of the required testing is complete.

END_OF_DOCUMENT_TOKEN_TO_BE_REPLACED 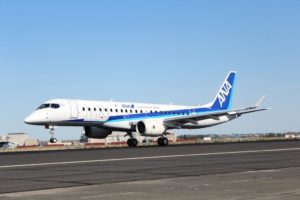 END_OF_DOCUMENT_TOKEN_TO_BE_REPLACED

Mitsubishi Aircraft Corp. President Hisakazu Mizutani also reported last week that the U.S. Federal Aviation Administration has granted the program a letter of authorization, which is a milestone toward getting a final type certificate allowing the plane to enter service.

END_OF_DOCUMENT_TOKEN_TO_BE_REPLACED 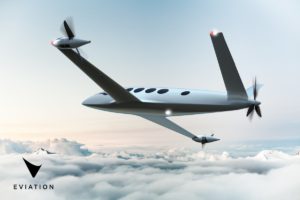 END_OF_DOCUMENT_TOKEN_TO_BE_REPLACED

I’ve read all about the groundings of the Douglas DC-6, Lockheed Constellation, Martin 202 and de Havilland Comet. I read about how the Federal Aviation Administration didn’t ground the Lockheed Electra, choosing operating restrictions instead.

I lived through the grounding of the McDonnell Douglas DC-10 and Boeing 787. As a reporter, I walked through the debris of the American Airlines DC-10 crash that led to the grounding. I went to the crash scene of the Delta Air Lines Boeing 727 at D/FW Airport and I’ve covered many, many crashes through reporting and as a commentator.

I’ve never seen anything evolve in air accidents as has evolved in the Boeing 737 MAX investigations.

END_OF_DOCUMENT_TOKEN_TO_BE_REPLACED

Jan. 14, 2019, © Leeham Co.: Two thousand nineteen begins with increasing focus on whether Boeing is going to launch the New Midmarket Aircraft (NMA, aka 797).

Signs all point to a program launch, perhaps at the Paris Air Show. Authority to Offer (ATO) the airplane for sale is expected by March or April.

Engine companies were asked to respond to Requests for Proposals by the end of December. Engine down select is expected soon.

LNC’s Dan Catchpole will be reporting on this process soon.

END_OF_DOCUMENT_TOKEN_TO_BE_REPLACED

Year-end 2018 order numbers for ATR and rival Bombardier aren’t in yet.

Through October, ATR held 74% of the backlog. Bombardier, buoyed by a large order for 25 Q400s from India’s SpiceJet (the 2027 deliveries in the Chart below), had 26% of the backlog. 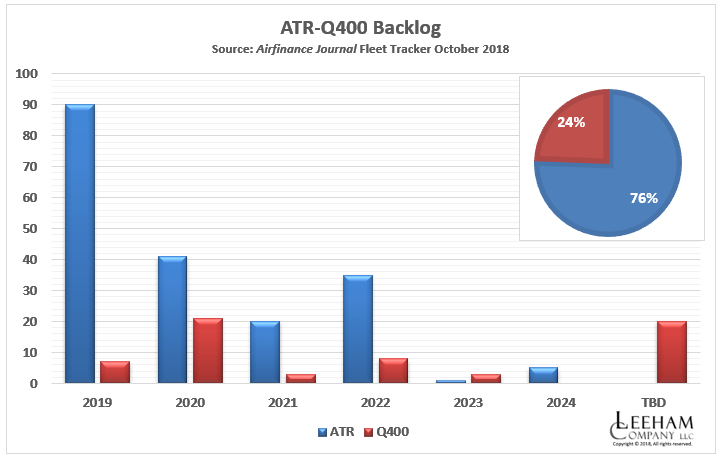 Viking restarted production of the Twin Otter and is gearing up to restart the Beaver.

Its plans for the Q400, Q300 and previous Dash 8 programs hasn’t been announced.

END_OF_DOCUMENT_TOKEN_TO_BE_REPLACED

Dec. 3, 2018, © Leeham News: Safran, the French company that is a 50% partner in CFM International, believes Boeing will launch the New Midmarket Airplane next year.

In sideline conversation, one of those attending reports that Safran met recently with Boeing and is convinced the NMA is a “go.”

Engine company responses for proposals are due this month to Boeing. CFM, Rolls-Royce and Pratt & Whitney are competing for the engine selection.

It’s believed Boeing would like a dual source (certainly airlines do), but in all likelihood, the odds-on favorite is that the NMA will have a sole source engine. The betting is that it will be CFM. END_OF_DOCUMENT_TOKEN_TO_BE_REPLACED 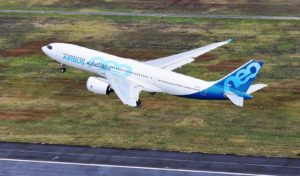