Oct. 28, 2019, © Leeham News: Gary Kelly, the chairman of Southwest Airlines, told CNBC Thursday that next year, the company will review whether to source airplanes from another manufacturer besides Boeing.

This, of course, means Airbus.

The prolonged grounding of the Boeing 737 MAX is the reason. Southwest says the grounding already has cost nearly $500m in lost revenues.

Kelly said the analysis won’t be for “smaller” airplanes, but he didn’t specify to CNBC what this means. 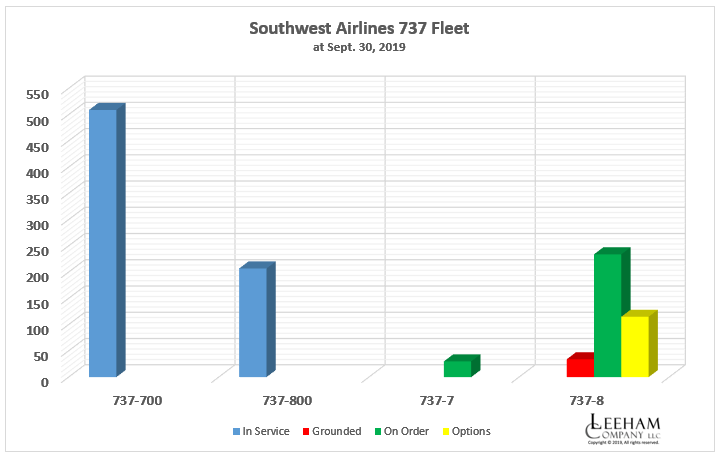 Kelly always measures his words carefully. He made it clear he’s angry with Boeing. He had strong praise for Kevin McAllister, who was released as CEO of Boeing Commercial Airplanes, and his successor, Stan Deal.

He was noticeably muted about Dennis Muilenburg, CEO of The Boeing Co.

Kelly, along with American Airlines officials, are adamant that Boeing will have to pay for the ~$1bn in damages the two airlines claim they’ve suffered from the MAX grounding.

How can Boeing placate these two carriers?

For Southwest, it’s been exclusively buying from Boeing for 48 years. A shift to a split fleet with Airbus, either for the A220-300 or the A320neo family, would be a huge blow to Boeing.

Southwest evaluated the A320neo against the MAX, so it already has some familiarity with what was then the paper airplane comparisons. For the most part, Southwest’s interest was considered mostly of the stalking horse variety, with little chance Airbus could win an order.

But, to be frank, there are reasons other than MAX for Southwest to have considered long ago a split fleet strategy.

It got very little attention, but it was reported here that in 2012 the Boeing 737 NGs operated by Southwest suffered cracking along the crown skin. Major repairs were required across most of the fleet. This followed similar cracking in the 737 Classic. Southwest no longer flies the Classic.

Southwest airplanes were illustrated in the Boeing documents issued at the time.

Then there are the “pop top” incidents with two Southwest NGs. These are the two flights, two years apart, where a section of the top of the fuselage popped open, depressurizing the planes and requiring emergency descents and landings. 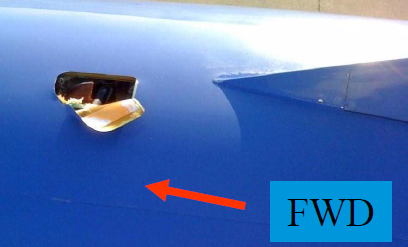 One of the two Southwest Airlines “pop top” incidents in which a small section in the top of a Boeing 737NG fuselage popped open. The plane depressurized and an emergency descent and landing was required.

Now the grounding of the MAX.

One could argue that the Classic and NG incidents should have been enough to prompt exclusive 737 operators, including Southwest, to diversify their fleets.

Now, with the MAX grounding about to enter its eighth month, perhaps the skeptics are seeing the wisdom of having two baskets for their eggs instead of one.

Then there is the benefit of pricing competition.

I’ve never been a fan of sole-source pricing. I’ve never believed you get the best price without the benefit of competition.

It is true that Southwest (along with American, Delta and Continental Airlines) had “most-favored nation” deals with Boeing.

This meant that no other airline could obtain a better price than the MFN price. If any deal produced a lower price, those customers with MFN are supposed to get a check from Boeing. 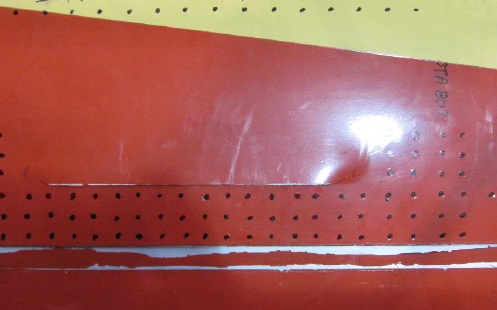 (Airbus has some similar deals. United Airlines president Scott Kirby has been public about this.)

But how can these airlines with purported MFN deals be sure their price is the best? The airlines have to rely on assurances from Boeing.

John Leahy, the former COO-customers from Airbus, told me the story upon his retirement of competition at Delta, a Boeing-MFN customer.

Boeing, he said, offered Delta one price, saying it was the best it could do and fell into MFN. Airbus nevertheless countered with a lower price. Lo and behold, Leahy said Boeing came back with a lower price and won the deal.

So much for relying on sole-sourcing for the best price.

Airbus would have to be especially aggressive in pricing.

Boeing, once the joint venture with Embraer is consummated, could offer very aggressive pricing on the E2. (As of September’s Regional Airline Assn. convention. Embraer said Southwest wasn’t looking at the E2. But that was then.)

LNA’s Bjorn Fehrm recently completed a series examining the cash operating costs between the A220-300 and the E195-E2. Depending on the mission, each has its advantages over the other.

Both airplanes’ COCs are better than the 7 MAX, by our numbers. But the 7 MAX is a straight-forward shrink of the 8 MAX and has commonality with the latter, a plus for Southwest. Still, a shrink is a shrink and shrinks aren’t the best optimization of a design.

Both the E195-E2 and A220-300 suit the Southwest network as both have better field performance than the 737-700 and the 737 MAX 7. This is important for airports like Denver where the high altitude will create payload restrictions during hot summer days otherwise.

It also means the operation from other challenging airports in the Southwest network will run with fewer restrictions than with the existing fleet.