Here are orders that were announced on the first official day of the Farnborough Air Show (at least the ones we’ve seen from Seattle–feel free to add to the list if we’ve missed any):

The sniping between Airbus and Boeing continues: 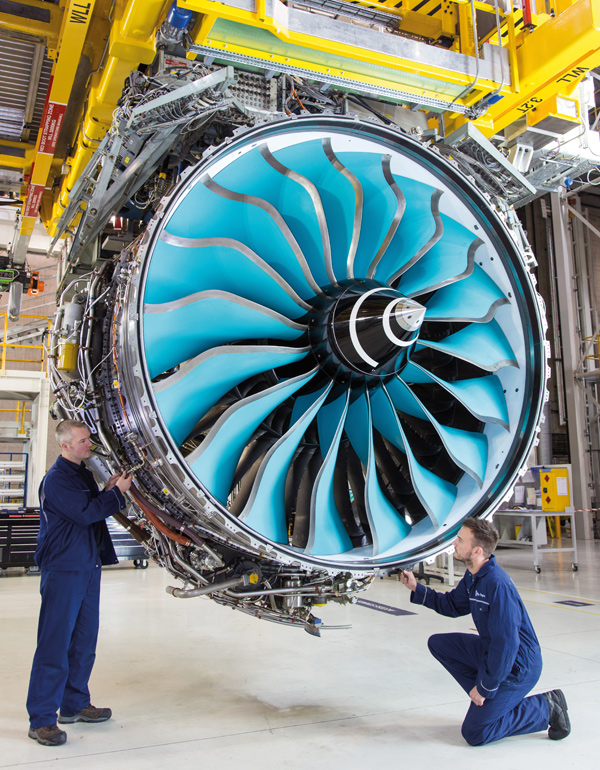 END_OF_DOCUMENT_TOKEN_TO_BE_REPLACED

The Farnborough Air Show is just around the corner, and we don’t expect the event to be especially newsworthy.

Here are our expectations for the show:

Airbus
Market expectations are that Airbus will launch the A330neo at the air show, and we know John Leahy, COO of Customers, would like to do so at this event. His bosses, Fabrice Bregier and Tom Enders, have been less than encouraging that this announcement could come at the show.

Although news stories last week indicated Airbus’ board may green light the program in advance of the FAS, it was nonetheless reported that a formal public launch may not be made at the show. So what might happen? An “Authority to Offer,” or ATO, might be how Airbus proceeds. We don’t think there will be firm orders ready to go when the FAS begins July 14—although certainly Airbus could also take Boeing’s 777X approach and announce “commitments” as was done at the Dubai Air Show.

We are skeptical whether there might be any A330 Classic orders announced, as customers await the neo. We certainly expect the usual orders for the A320 Family. We expect A350 orders. We’re doubtful of A380 orders.

END_OF_DOCUMENT_TOKEN_TO_BE_REPLACED

Development of two airplanes–the Airbus A330neo and a replacement for the Boeing 757–may be pushing to the forefront, according to two news articles yesterday.

Reuters reports that a decision whether to proceed with the Airbus A330neo could come before the Farnborough Air Show, even if a formal launch isn’t announced at the international event next month.

Bloomberg reports that Boeing may be nearing the launch of a 757 replacement sooner than expected.

We’ve written extensively about both prospective airplanes, with the A330neo concept one of many subjects from the Airbus Innovation Days. The Reuters article reports what we have been hearing for some time: the airplane could be announced at Farnborough–but it might not be, either. What is new is the increasing likelihood Rolls-Royce will become the sole-source supplier. Aviation Week originally reported this prospect.

END_OF_DOCUMENT_TOKEN_TO_BE_REPLACED

There is no aircraft order bubble, says John Leahy, COO-Customers of Airbus. Emerging markets and passenger traffic doubling every 15 years, bolstered by GDP growth, means orders will hold up, he said, leading off the Airbus Innovation Days Tuesday.

BBD confirmed that recent GTF engine failure was in the low-pressure turbine and that the airframe (FTV1) was damaged in the incident, but downplayed the impact to the program schedule. While root cause analysis is ongoing, BBD emphasized that the failure was unrelated to the gearbox, and also suggested that a manufacturing defect (rather than a design flaw) may have been the cause. The subject engine was known to have problems, and BBD had considered sending it back to Pratt prior to incident on 5/29. Engine was instead repaired at BBD and the failure occurred during subsequent ground-testing. Root cause expected by end of week, corroborating message from our meetings with UTX on Monday.

The LPT is at the rear of the engine. A BBD official told us previously that FTV 1 was equipped with prototype engines, and that the production engines are first installed on FTV 4, the airplane that is designated to validate engine performance.

Engine failures during test programs are rare but not unknown. Rolls-Royce experienced a test-stand engine failure of the Trent 1000 for the Boeing 787 in which components blew apart.

Separately, a GEnx engine spit parts out of the back of the engine while a 787 was taxiing at Boeing’s Charleston 787 plant. Neither incident has serious impact on the program.

War of Words between Airbus and Boeing over A330neo, 787

We’ve seen it for decades: the War of Words between Airbus and Boeing around their competing aircraft. It hasn’t taken long for the WOW to emerge over the prospective A330neo. Only a few months ago, Boeing was muted in its assessment about the NEO and its response. No longer.

.
For the 200- to 300-seat segment the WOW warning was raised Sunday at Doha, Qatar, in advance of the IATA Annual General Meeting, and no doubt it will stay aloft until this year’s Farnborough Air Show, where the formal launch of the A330neo is expected (as if anyone is doubting after Sunday).

.
The start
As Aviation Week reports from the eve of the IATA AGM, John Leahy, Airbus’ chief operating office-customers, threw down the gauntlet by claiming an A330neo economics would be “unbeatable” and its “cash operating cost would equal 787-9.” Boeings counterpart John Wojick countered “at no price can it compete with the 787-10”.

What it is all about
After our New Year’s analysis showed that there was a real case for an A330neo (A330neo prospect gains traction) we spent a further four months on the case, digging deeper and deeper. The result was put in our report The Business Case about the A330neo, a 60-page study which took a deep dive into the economics of the A330neo vs the A330 Classic and the Boeing 787-8/9. We did not examine the neo vs the 787-10 because these are different category airplanes, as Boeing’s Wojick should know full well.

.
In an apples-to-apples comparison, we found the A330neo significantly narrows, but does not entirely close, the operating cost gap between the A330 Classic and Boeing’s new airplane. Airbus can close the gap and achieve an advantage, however, if it lowers the price of the A330neo to a level the 787 can‘t give. This is central to Leahy’s argument, which is used for the A330 Classic but achieved only with the most favorable assumptions for the Airbus airplane

END_OF_DOCUMENT_TOKEN_TO_BE_REPLACED

The recent announcement by Rolls-Royce that their future engines will contain gearboxes has put GE and its CFM partner SAFRAN under considerable pressure.

GE/SAFRAN were together with Rolls-Royce proponents to go directly from Direct-Drive turbofans to Open Rotor designs for the next generation aircrafts. This left Pratt & Whitney as the only major engine manufacturer promoting high by-pass ratio geared turbofans as a better alternative for these aircrafts. With the Rolls-Royce announcement of Advance for 2020 (Carbon fanned tri-shaft) and Ultrafan (Geared big fan) for 2025, this has all changed. Suddenly Pratt & Whitney has strong support in their strategy and GE/SAFRAN stand out as loners.
By honing key technologies in their traditional two shaft turbofans GE, and GE/SAFRAN in CFM, have built a market leading position in all thrust classes, Regional (CF34), Single Aisle (CFM56) and Dual Aisle (CF6, GEnx, GE90). Their declared next step was Open Rotor for future Single Aisle while keeping Direct-Drive for larger engines.

Airbus and Snecma continue to research open rotor technology. Aviation Week has this story.
Now this solid position is threatened. The geared architecture has won the future regional market (CSeries, MRJ, E-Jet E2 goes PW GTF), market parity on the A320neo family and the 757 replacement studies by Boeing (dubbed NAS, New Airplane Study) will not go Open Rotor as Open Rotor only works up to M 0.75 and the 757 replacement will likely fly over 4,000nm, necessitating higher cruise speed. The NAS will thereby favor a geared turbofan instead of Open Rotor. Why not Direct-Drive? There are two major reasons:

GE/SAFRAN has shown with their CFM LEAP project that they can match the efficiency levels of a geared engine like Pratt & Whitney’s GTF, using its superior hot section technology to achieve the high efficiency. It cannot achieve the low noise levels of a geared fan however; engine noise stands in direct relation to fan rotational speed and pressure ratio.
It will thereby be the environmental factors that will put the most stress on GE/SAFRAN’s present strategy. Having lost the regionals to the geared camp, will it also lose the next generation short/medium haul? It will be interesting to watch the GE/SAFRAN over the next 18 months: does it change strategy or not? If one goes by the recent words of GE Aviation President David Joyce (who spoke at last week’s opening of their Indiana LEAP factory), he thinks his present line-up is fine for a 757 replacement, and he sees no urgent need for new developments.