MOMentum appears to be slowing for new Boeing airplane 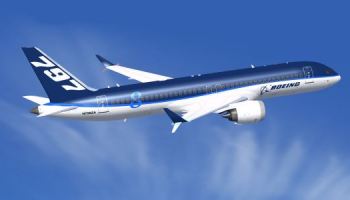 Model design and paint by Camil Valiquette. Photo via Google.

March 10, 2016, © Leeham Co.: MOMentum for the Middle of the Market aircraft seems to be slowing from last year, as potential buyers and Boeing struggle to define an aircraft that would be affordable to build, affordable to buy and fulfill different mission requirements for capacity or range.

Meantime, Airbus is content to watch Boeing’s predicament, secure in what it believes is the winning strategy.

END_OF_DOCUMENT_TOKEN_TO_BE_REPLACED 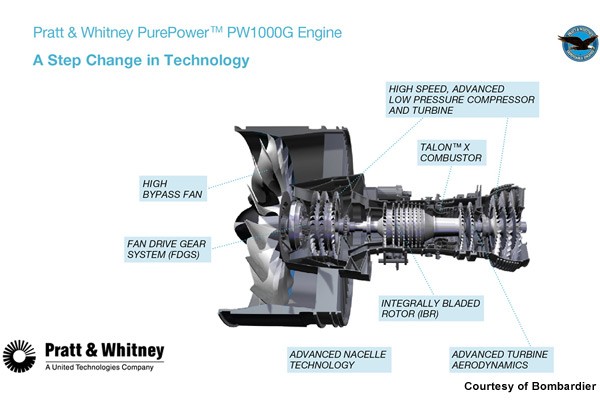 selecting the Mitsubishi MRJ90 in the process.

Jep Thornton is a partner with the small lessor Aerolease, a 20-year old company that has up to now concentrated on acquiring McDonnell Douglas DC-8s, Airbus A300s and Boeing 757s for conversion to cargo aircraft. Aerolease has about 40 aircraft under management and ownership.

Thornton and Mitsubishi announced at the Singapore Air Show last month a Letter of Intent to order for 10 MRJ90s and options for 10 more. Deliveries begin in three years.

END_OF_DOCUMENT_TOKEN_TO_BE_REPLACED

about the need and design of the so-called Middle of the Market aircraft, their representatives said at the ISTAT AGM today in Phoenix. The business case has yet to be proved.

Participants in the Middle of the Market Panel are:

Van Leeuwen, the banker, said financiers would need to see at least 1,000 MOMs in the market with a broad customer base to feel comfortable financing the airplanes.

END_OF_DOCUMENT_TOKEN_TO_BE_REPLACED

“Lessors are a key and integral part of our strategy,” Leahy said. Airbus only financed 2% of its own products last year. Export Credit Agencies financed only half the numbers of Boeing, he said.

Leahy does not see a downturn any time soon.

END_OF_DOCUMENT_TOKEN_TO_BE_REPLACED

737 MAX to roll out to Boeing product strategy challenges

The Boeing 737-8 rolls out tomorrow to challenges to Boeing’s product strategy. Image via Google images.

Dec. 7, 2015, © Leeham Co: Boeing rolls out its first 737 MAX tomorrow to no press fanfare. Today there is a limited press tour of the assembly line, but, according to reporters who were invited, there will be no press briefings.

It’s an inexplicably low-key event for what Boeing otherwise touts as a major evolution of the venerable 737 line.

As good as Boeing claims the airplane will be, and as much spin as Boeing’s marketing department tries to put on the rivalry vs the Airbus A320neo, the 737 MAX clearly is second fiddle—and it’s not going to get better.

END_OF_DOCUMENT_TOKEN_TO_BE_REPLACED

Posted on December 7, 2015 by Scott Hamilton

Aug. 31 2015, ©. Leeham Co: After examining the characteristics of the Boeing 767 to serve the market segment that Boeing is studying for its Middle of the Market (MOM) requirement, the 225 passenger/5000nm sector, we will now finish the series by looking at how the 767 can be made economically more competitive.

We will study the influence of improved aerodynamics like Aviation Partners Boeing’s Split Scimitar Winglet for the 767. We will also look at what engine PIPs can provide and also look at what a re-engine could bring.

END_OF_DOCUMENT_TOKEN_TO_BE_REPLACED

Aug. 31 2015, ©. Leeham Co: Last week we started to look at Boeing’s 767 to see if it can serve the passenger and range space which is not well covered by modern aircraft: the 225 passenger/5,000nm sector. Boeing calls this the Middle of the Market or MOM. Boeing recently said that there is some increased interest for the 767. We analyze why and what can be done to increase any chances of it having a new life as a passenger aircraft.

We started with comparing the 767’s different variants to the most likely MOM aircraft from our series “Redefining the 757 replacement requirement for the 225/5000-sector”. We will now continue and look at the 767 in detail, its strong suits and its less efficient areas. We will also discuss what can be made to address the less efficient areas.

END_OF_DOCUMENT_TOKEN_TO_BE_REPLACED

Aug. 27 2015, ©. Leeham Co: In our Monday article, “Boeing sees healthy future for 767,” Boeing’s spokesperson said, “We are continuing to explore additional capabilities and improvements” for the 767. It was not clear what these improvements were other than a 0.5% engine performance improvement package (PIP) that was introduced earlier in the year. With lower and lower fuel prices, existing aircraft get more and more viable as a stop gap to cover market segments that today are not part of the plans for the OEM’s modern products.

We will therefore examine the 767 deeper to understand what can be improved further and how well such an improved model would serve as a stop gap replacement for the lack of a modern Middle of the Market (MOM) aircraft. We explored how a MOM aircraft should look like in our series, “Redefining the 757 replacement requirement for the 225/5000-sector”.

The 767 has several of the attributes that we found optimal for a MOM aircraft, one having a seven abreast cabin cross section. In the 767 variant that is being produced for the US Air Force tanker program, the 767-200ER, the overall fuselage dimensions are also close to the ones we found desirable for a MOM aircraft.

With fuel now well below $2.00 per US Gallon (about $1.35), we will compare the 767 to our MOM specifications and try to understand where there is a fit and what would needed to be changed to improve the 767’s efficiency so that it could serve as a MOM stop gap. Finally, we will check if such changes can be economically viable in different fuel price scenarios.

END_OF_DOCUMENT_TOKEN_TO_BE_REPLACED

June 22, 2015, c. Leeham Co. The Paris Air Show was largely as expected, with a few small surprises. Boeing did better than expected via-a-vis Airbus, actually leading slightly in firm orders and tied in orders-and-options going into Thursday. This is virtually never the case, particularly at the Paris Air Show, Airbus’ “home” turf. At the same time, some Wall Street analysts noted the firm orders fell below expectations. I’m not especially concerned about whether an announcement was firm or a commitment, because the latter typically firm up, if not within the current calendar year then usually in the next. Note, for example, Boeing announced the launch of the 777X program at the 2013 Dubai Air Show was some 200 commitments, or thereabouts, but the orders didn’t firm until 2014. Airbus announced a commitment for 250 A320s from Indigo in 2014 and it will likely be firmed up this year.

END_OF_DOCUMENT_TOKEN_TO_BE_REPLACED

June 16, 2015, Paris Air Show, c. Leeham Co: On the second day of the Paris Air show we visited several Boeing briefings. The first was Boeing Commercial Airplanes (BCA) update with BCA President and CEO Ray Conner. He elected to not do the usual slide show speech as all slides were available as handout. Instead the whole session was turned into a Q&A, which was good. All hot topics were discussed as questions from the audience. As many were also covered in Boeing’s next session, BCA development update, I will handle these there.

The topics that did not come up in the second briefing were Boeing’s Middle of the Market (MOM) studies for a new mid-range aircraft with 200-250 seats and Boeing’s view on the VLA market. Let’s take MOM first. Conner confirmed that Boeing now has identified that there is a market of around 1.000 aircraft over 10 years which is not served by a suitable aircraft. He dismissed this market being covered by Boeing’s 737 MAX 9 or the Airbus A321LR, both being too small and not having enough range. Range requirement from the many airlines they had visited over the last year was 4,500-5,000nm. The MAX 9 and A321LR have advertised ranges of 4,000nm or less.

Conner said the next step is now to study if Boeing can build an aircraft to serve this market at the price required by the market. “We are early in the studies and don’t expect any concrete decision soon.” He could also not answer if any MOM aircraft parts or technologies could be shared with an up-and-coming replacement for the 737 MAX.

Conner said the Very Large Aircraft (VLA) sector “is a small market. We don’t see that people really want to travel to a point for gathering, then go to the next hub together, only to start spreading out again. People want to go direct to their destination. We are happy with serving this market with our 747-8, especially as part of the small market is freighters.”