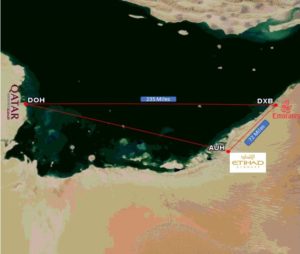 The thee carriers largely compete for the same connecting traffic through hubs only 72-235 miles apart (Figure 1). This is like having hubs in Milwaukee and Chicago (81 air miles apart) and Chicago-Detroit (237 air miles) with much, much smaller domestic catchment basins.

END_OF_DOCUMENT_TOKEN_TO_BE_REPLACED 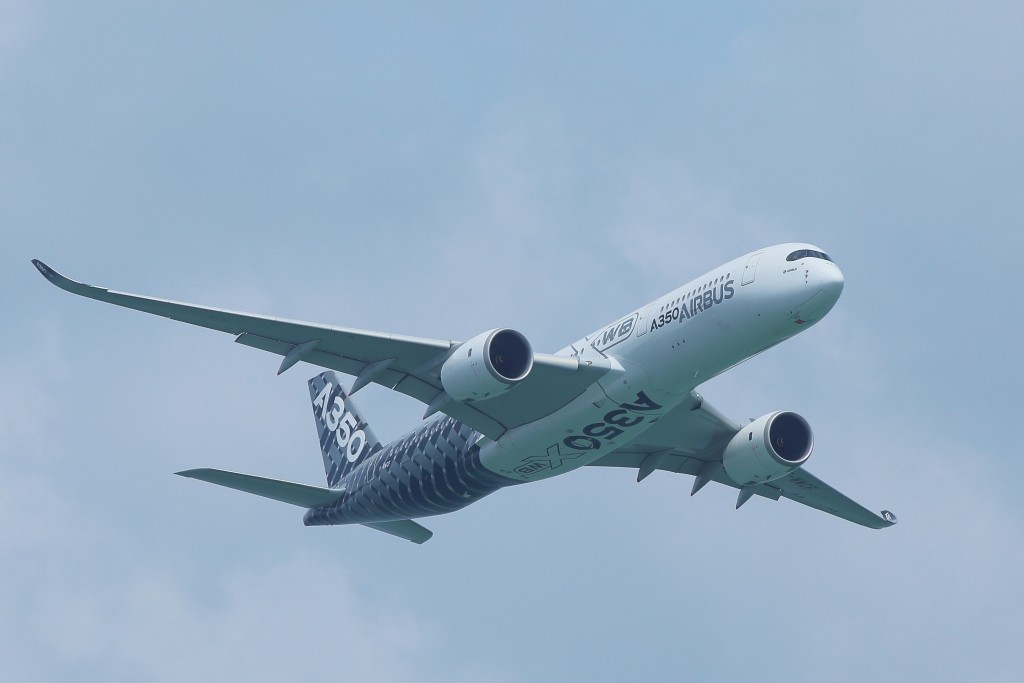 END_OF_DOCUMENT_TOKEN_TO_BE_REPLACED

A380, from flagship to LCC mass transport

January 23, 2017, ©. Leeham Co: The Airbus A380 was introduced as the flagship aircraft for an airline’s fleet. Legacy carriers with a large long-haul network introduced the aircraft on the routes with the most traffic in the network. After an initial rush of inductions, only Emirates continued to buy the aircraft in larger numbers. The aircraft had become too large for the airlines which sought frequency over capacity at their hub airports.

Airbus and its leasing partner, Amedeo, are convinced the aircraft will have a second spring when airport congestion has grown in the next decade. Until then, both are seeking the market niches that will keep production at minimum one aircraft per month.

We sat with Amedeo’s CEO, Mark Lapidus, at the Air Finance Journal conference in Dublin to find out what market will require a new or used A380. Lapidus has spent the last two years in meetings with the world’s major airlines, discussing all aspects of operating an A380. He presented some surprises.

END_OF_DOCUMENT_TOKEN_TO_BE_REPLACED 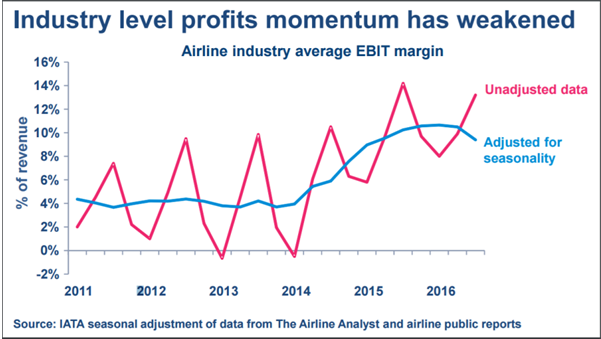 The US and European airlines have been topping the earnings with 18% on revenue for the third quarter of 2016. There are many signs this will not continue in 2017, especially for European airlines. END_OF_DOCUMENT_TOKEN_TO_BE_REPLACED END_OF_DOCUMENT_TOKEN_TO_BE_REPLACED

Jan. 3, 2017, © Leeham Co.: The New Year is here and it doesn’t look like a good one for commercial aerospace, if measured against previous outstanding years.

There are some troubling signs ahead, piling on to a slowdown in orders from last year that didn’t even reach a 1:1 book:bill.

This year looks to be worse than last. Airbus and Boeing will give their 2017 guidance on the earnings calls this month and next. Bombardier and Embraer earnings calls are a ways off, when each will provide its guidance.

But LNC believes the Big Two in particular will be hard pressed to hit a 1:1 book:bill this year and may even struggle to match 2016 sales.

END_OF_DOCUMENT_TOKEN_TO_BE_REPLACED 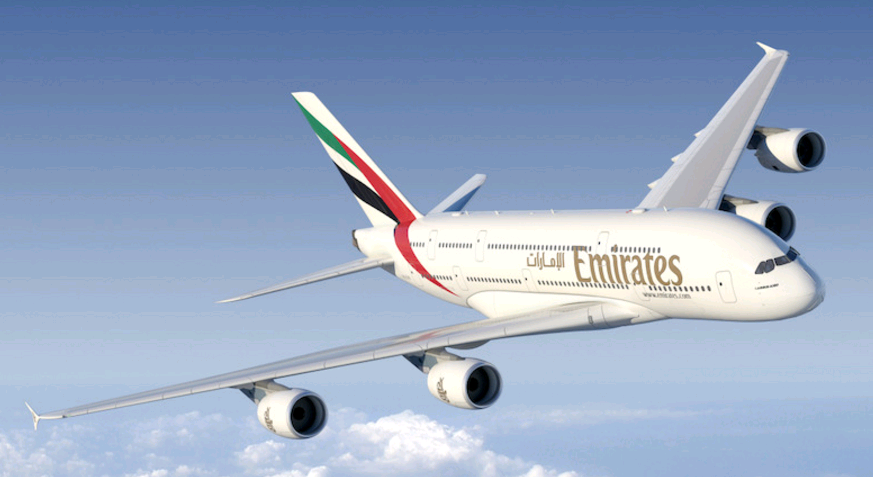 What has changed? Isn’t Emirates the Kings of competitive long-haul travel? END_OF_DOCUMENT_TOKEN_TO_BE_REPLACED

October 06, 2016, ©. Leeham Co: Air Berlin, Germany’s second airline and Europe’s ninth largest carrier by passengers carried, announced that it will wet-lease 40 aircraft to Lufthansa together with many European routes, concentrate all tourist operations into a new business unit before spinning it off and that it will reduce staff further.

This comes after combined losses of €1.7bn since 2010. Several restructuring programs have not stemmed the losses. Last year they rose to €0.45bn and they have continued on in 2016. END_OF_DOCUMENT_TOKEN_TO_BE_REPLACED