END_OF_DOCUMENT_TOKEN_TO_BE_REPLACED

The first own aircraft designs were presented in the 1980s with a focus on military designs for the first 20 years. END_OF_DOCUMENT_TOKEN_TO_BE_REPLACED

END_OF_DOCUMENT_TOKEN_TO_BE_REPLACED

Pontifications: Why the 787-8 is no longer favored by Boeing

March 21, 2016, © Leeham Co: My Pontifications for the last two weeks examined how the Airbus and Boeing messaging continues to do battle for the product line ups. Boeing continues to denigrate the Airbus widebody line and Airbus fighting back, using Boeing’s own tactics alleging a product gap.

Boeing claims then A330neo is “dead on arrival” and the Airbus widebody strategy is “a mess.” Neither claim holds up under scrutiny. Certainly there is some weakness in the Airbus line: the A330-200 sales slowed to a trickle and the A330neo, especially the -800, has yet to truly advance. The A380 struggles and the A350-1000 is slow—but after the initial, unique splurge of the 777X, sales of this airplane have been anemic, too.

Airbus points out the sales of the 787-8 have dried up. So have sales of the 777-300ER, in sharp contrast to the unexpectedly strong sales for the A330ceo—enough so that Airbus is taking the production rate back up, to 7/mo, from the previously announced reduction to 6/mo.

END_OF_DOCUMENT_TOKEN_TO_BE_REPLACED 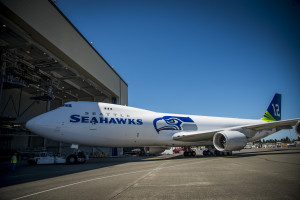 One of Boeing’s white tail 747-8Fs. This, and another that has been stored, was painted in the livery of the Seattle Seahawks. Boeing photo.

The company continues to cling to the hope of a recovery in the global air cargo market to sustain the program. This is unlikely, however.

The business case for the 747-8F is minuscule.

END_OF_DOCUMENT_TOKEN_TO_BE_REPLACED 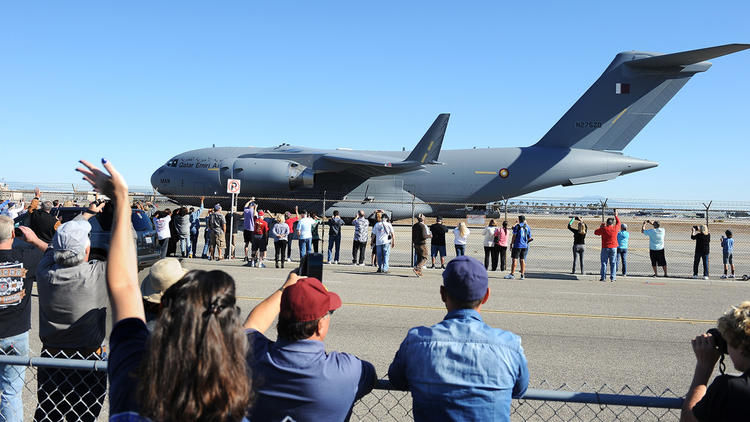 END_OF_DOCUMENT_TOKEN_TO_BE_REPLACED

Posted on December 1, 2015 by Scott Hamilton

Sept. 3, 2015: An air show this weekend at which about 60 aircraft will be on display, many taking part in flying, will begin Friday at Paine Field, Everett (WA), the home to Boeing’s wide-body production plants.

The Historic Flight Foundation (HFF) sponsors the event, which kicks off Friday evening with a dinner and dancing from the Big Band era of World War II.

Aircraft pre-dating the War will be flown at 10am Saturday. WW II era trainers fly at 11am. War Birds fly at 1pm and a Douglas DC-3 in Pan American World Airways colors flies at 5pm. Rides may be purchased on many of the airplanes on Saturday and Sunday.

WW II veteran fliers will be present to answer questions and talk about the vintage warbirds that will be on display. The DC-3 flew with the China National Aviation Corp. over the Hump, supplying troops in China from bases in India.

One of the veterans who will be present is Johnny Oberto, 93, who was a test pilot for the Navy throughout the war.

END_OF_DOCUMENT_TOKEN_TO_BE_REPLACED

Posted on September 3, 2015 by Scott Hamilton